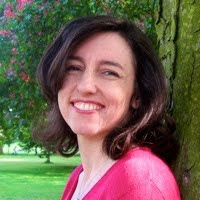 Sometimes, you’re in a rush, trying to get the kids to school, and the three year-old stops dead in the street and says ‘I don’t want to go to school’, and his lower lip wobbles, and his little feet stay firmly planted on the ground, and every muscle and sinew in his body tells you how much he means it.

It’s tempting to think through all the reasons why he might not want to go. A tricky teacher? A bad day yesterday? The fact that his brother is going on a trip? That’s when you have to stand back, be a parent, think through what’s happened so far and suddenly realise that what he really needs is … a banana.

My favourite scenes to write are when my book demands the same sort of maternal lateral thinking. A character isn’t working. Two characters won’t talk to each other. A fabulous setting won’t come to life. They sit on the page, pleadingly, begging you to fix them with the help of a killer adverb or a masterful line edit, but what they really need is … to be deleted. Or transported. Or role-reversed. Or something. Something that you weren’t expecting.

I’m not advocating deleting toddlers. Or using bananas as a panacea for tricky scenes. Although you never know. It worked in Beverly Hills Cop. But I’m amazed at how long it took me to step back from work that wasn’t working and do something radical to it. And I’m eternally grateful to Elliott Grove, my screenwriting tutor, who taught me to be brave. ‘Kid ain’t right? Make her a boy!’ ‘Father too bland? Make him a transvestite! Get rid of him! No father! Make him the maid!’ None of which I have ever actually done, but it’s liberating to know you can.

One specific thing happened after I started to play with the text like this. I got published. I wrote far more in the drafting process, because I was throwing at least half of it away, but I wrote faster, and what I wrote was more interesting to read. Characters didn’t say what I expected them to say, but they were still in character, and the result was funnier. Scenes didn’t start where I expected them to start, but they shot out of the blocks and kept going.

The problem with my three and a half unpublished novels was that I loved them too much. Or rather, I indulged them too much. I admired their witty prose and forgave the fact that the plot was more string bag than coiled spring. I let them off school when I should have given them a banana.

I’m sure there are limits to this approach. If you ever read one of my books and the children are being brought up by a transvestite maid, you’ll know I was struggling with the characterisation. It hasn’t happened yet, but come to think of it, that story does have possibilities. However, if the maid gives the children a banana, get me some help.
Posted by Caroline Green at 06:00

This is such a great theory. I'm away to think about places where my plot needs a banana..
Thanks for coming by, Sophia!

It's an interesting approach and certainly one I'll add to my tool kit.
I think I am very gulty of trying to fix things in the samllest way possible, lazy arse that I am.#
HB x

I love this post. (Exits, pursued by a bear.)

Fantastic post - I love it! Off to buy bananas from a transvestite maid.

All so true - great post. When you can't think what to do, bring a man through the door with a gun.

loved it! Off to buy a bunch of bananas...

It was a pleasure, Caroline!

It was a pleasure, Caroline!

I'm actually writing an article about bananas at the moment so this grabbed my interest! Instead of merely murdering my darlings, I'll offer them a banana first.