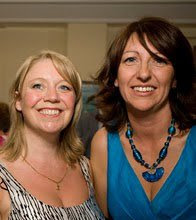 Juliet Bressan and Michelle Jackson are two authors who have three best selling novels each to their name. Now they have joined forces and collaborated on a new work of non-fiction entitled ‘What Women Know’ which is an insightful book of wisdom and knowledge gathered from interviewing women from all around the world. We asked them how they met…
“Sometimes we call it coincidence, fate or destiny when we meet someone. But in our case it was definitely all three. We both were at similar points in our lives. Shortly after reaching the age of forty, we were searching for something but not sure how we were going to achieve it and we met on a writer’s course in the Irish Writers Centre - Juliet was trying to finish her first novel and Michelle was trying to explore different genres in writing while waiting to hear back from a publisher about her first novel.
With only a few months between us in age and many similarities in our personal circumstances we bonded instantly. Both working for nearly two decades in the caring professions of medicine and education – both with two children and both in our second marriage – the coincidences unfolded over a gin and tonic on our last night together when the course was finished. We exchanged emails, said that we would keep in touch and the coincidences kept coming. Shortly after the course and within a week of each other, we both signed by the same publisher. It was wonderful to have the support of someone in the same situation as when embarking on a new path in life and our similarities became an important part of our adventure.
About a year ago, over one of our lengthy telephone conversations on a miserable rainy July evening, we were having a rant about the state of the country and the mess that many people were finding themselves in and came to the conclusion that it was up to the women in the country to do something about the situation that was ultimately a testosterone-driven recession caused by men in suits in banks, property development and politics. So we asked ourselves what could we do about it? And the one thing we could do was write a book to help women who are experiencing the brunt of the recession to feel better about themselves and to see what wisdom and resources they carried around with them to help others in the same situation. 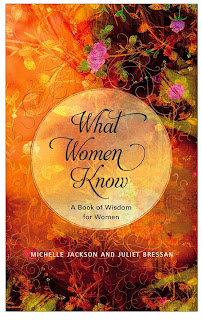 We started by emailing and talking to our friends; asking them if they had a piece of advice or wisdom that they could share with another women. We kept notes and started a blog but we needed something more to reach out to more women. The idea mushroomed when we took our questions and set them up on a Facebook page.
By this time we had discussed our idea with Hachette publishers who loved what we were doing and offered us a contract. The book started to write itself and more and more women from around the world came on board and told us their knowledge and wisdom. The funny thing was how similar women were – whether writing to us from Canada, Libya, Australia or any of the European countries. Our friend-base spread and we had women telling other women to join our page and share their wisdom. We’d built an on-line community without realising it and these women were becoming friends with each other.
It was a marvellous feeling, knowing that a friendship which had started in small workshop in Dublin city had morphed into a wonderful feel-good campaign bringing women around the world altogether – and this, we hope, is only the beginning. The book will be for sale in Ireland and the UK initially but from the start it has a global input and this is how we would like to see it develop and grow.”
“What Women Know” will be published in October 2010.
Posted by Debs Riccio at 06:00

It sounds like a wonderful book! (Rushes off to pre-order...)

What a great and inspirational story. Demonstrates beautifully the power creative collaboration too! Well done Michelle and Juliette. Think I can squeeze a little space on my bookshelf for this one!

Wow, this sounds like such an amazing book. Your meeting does sound like fate, doesn't it? Thanks for a great interview.

Love your story, and the book sounds wonderful - will look out for it!
Susiex

What a brilliant idea - sounds like it was meant to be :o)

Despite the bulk of information online we often fail to get the specific information which is needed this post is good & contains relevant information that I was in quest of .I appreciate your efforts in preparing this post.