Guest Author Leigh Russell : Living the Dream from a Walk in the Park! 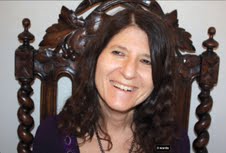 These days writing is such a necessary part of my life, it's hard to believe that five years ago I had no expectations of becoming an author. I've been quoted as saying that I "fell into writing like Alice down the rabbit hole” because there was never any grand plan to write.

If anyone had told me five years ago that my books would all hit the bestseller charts on amazon, kindle, iTunes, WH Smith's and Waterstones, I would have laughed because I hadn't written anything. So when people ask me about my future plans, I can only say that the future is mysterious and full of exciting possibilities. There's no telling what might be around the corner.

The story of my writing begins with a walk in my local park. It was summer in England - so of course the sky was overcast and as I reached the middle of the park it began to rain. Just then, a man appeared round a bend in the path walking towards me. In that instant an idea for a story struck me, and when I returned home I started writing. The story took shape so quickly in my mind that after six weeks the first draft was finished. Having sent it off in a large brown envelope - as you did back in those days - I almost forgot about it. Imagine my excitement when a publisher telephoned me two weeks later to express interest in my writing!

You can read the story inspired by my walk in the park in Cut Short, published in 2009 as the first in a series of crime novels. The book introduces my detective, Geraldine Steel, a single woman dedicated to her job. Thanks mainly to word of mouth recommendations, Cut Short sold incredibly fast. Fortunately it was also very well reviewed, and went on to be shortlisted for a CWA Dagger Award for Best First Crime Novel. 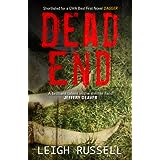 Since the publication of Cut Short, I am frequently approached to give author talks. The first reading group I visited were interested to hear about Road Closed, the second book in the series I found myself writing. My audience were all disappointed to hear that I had given Geraldine Steel a different sergeant in Road Closed. "But we like Ian Peterson," they chorused. Always keen to please, I duly reinstated Ian Peterson as Geraldine Steel's detective sergeant; little dreaming that he would one day feature in his own series.

I was initially offered a three book deal. In Cut Short, Road Closed and Dead End, Geraldine Steel works for the Kent constabulary. Following the success of all three titles, my publisher offered me a second three book deal. In Death Bed and Stop Dead, Geraldine has moved to London, leaving her sergeant behind. So when my publisher wanted to explore the possibility of my writing two books a year, a spin off series for Ian Peterson was the obvious answer. The new series launches this year with Cold Sacrifice.

Sometimes I stop and think: "This is me. I'm writing books, and people are reading them all around the world, in translation as well as in the original English". It seems unreal. I'm not sure it's really happening. But if it's a dream, I don't want to wake up yet. I'm only half way through writing the second Ian Peterson novel which has to be finished before I turn my attention to the edits for the sixth Geraldine Steel novel, and then there's my idea for the seventh Geraldine Steel investigation.... and the eighth.... and Ian Peterson's third story... No, I can't stop yet! Because however exciting it is to know my books are bestsellers, the real thrill is writing.

Links to all Leigh Russell's books can be found on her website: http://leighrussell.co.uk

Thanks for the interview, Leigh. Presumably, before you had that lightning strike of inspiration in the park, your brain was quietly absorbing ideas and filing them away for future use! Wishing you all the best with your books and projects.