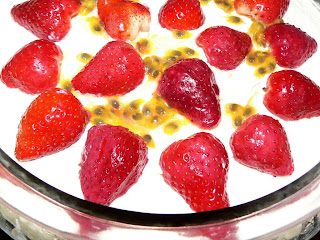 I am relatively new to writing, and getting a book contract with an international publisher has changed my perspective in ways I never thought about. This has led me down avenues I never would have contemplated. My book is a travel book and it has consumed my thoughts for a considerable amount of time.

Since signing that contract, I have started to do strange things. I have discovered it's the ordinary everyday things that can get us into trouble. I realised this the other day. The day started normally enough or so I thought.

The car horn blasted and the man in an oncoming car made frantic finger gestures to me.
'What on earth is he playing at?' I asked myself, getting cross at the fuss he was making. I hadn't driven in his way, my car door wasn't open this time and a quick look in my rear view mirror told me that I hadn't left my boot open, so I chose to ignore him. I was so mad I felt like sticking out my tongue at him - or worse.

No sooner had he disappeared from view when another horn-friendly maniac beeped constantly behind me.
'Not him as well!' I was getting more and more cross. I reasoned that I was in the right lane; I didn't owe him any money, unless I had missed a signpost diverting me another way?

By now I was in the left lane, with the constant blasting behind me. Against my better judgment, I decided to turn right. I haven't done that since I was learning to drive. Here was this maniac forcing me to do manoeuvres I wouldn't normally consider; anything to get away from him.

I decided that as he was making such a fuss I should pull in , so I found myself in a comprising position. I was livid, now I was reduced to driving on the footpath. As I looked to the right there was a garage, incidentally with a police van. I was relieved they had failed to notice me driving on the footpath and I became distracted by a man looking over waving at me and pointing to my roof. What now!

Suddenly I remembered, earlier I had nipped into Tesco and bought a trifle. Past experience has taught me that when you got to Tesco you rarely come out with the one item you went in for but often end up with far more shopping than intended. I had no intentions of buying a trifle.

As I juggled the shopping and the car keys I'd put the trifle onto the roof of the car. Whoops! That would have been fine if I had remembered to take it off. It must have been a very funny sight; someone driving a bright red 21-year-old Nissan Micra with a trifle on board.

I thanked the man who came over to the car, as he removed the trifle from the roof of the car and handed it to me saying: "That's great manoeuvring; driving with that on the roof." He laughed. "Yes meals on wheels," I joked.

When I realised what I had done, I laughed out loud until I cried. Oncoming car drivers stared in at me as I laughed hysterically. Whoops, the man in the white van thought I was laughing at him and scowled at me. This amused me further and caused my hysterical laughter to escalate. Another driver; this time a woman in a turquoise car thought I was laughing at her and glared in at me. The more she glared the funnier it became. I don't think the passing priest was amused either as I laughed his way. I joked with myself inwardly thinking: "Don't trifle with me." My laughter continued all the way home.

As I thought about it, I was more and more amused at how a trifle could cause such a commotion. It had caused me to become angry and nearly stick out my tongue at someone. It caused me to cut across the road in the wrong lane, drive on the footpath and make me unpopular with other motorists and insult the clergy and made me look silly, not a bad achievement for an inanimate object, a trifle funny don't you think? It wasn't even a sherry trifle.

This morning I put my hat in the fridge……. Enough said!
Posted by Gillian McDade at 05:30

Many congrats on your forthcoming book, Mary. Thanks for sharing.

Congratulations on your success and huge thanks for making me laugh so much - a great start to the day.

If the trifle had fallen off, I wonder who would have got custard -y? (Sorry)

oh Mary, how funny! In my head the trifle was in one of those lovely heavy cut-glass thingies that my Nan used to make hers in - but I'm sure yours wasn't. Seems a great way to make new 'friends' though! :)

Thanks for that. I have a morbid fear of trifles. I have changed my dessert for now! Hope you have a good weekend. Happy writing!

My, what an unsavoury experience to go through. (Insert groan here.) It does go to show though that adventures can be about small things that go awry.

Good luck with your travel book. It sounds as though you might be gathering material for another one!

Got to be a couple or three short stories in there somewhere! Thanks for this - hilarious and congratulations on your book. Fantastic. Julie xx

Made me smile, Yes these are the "Things", he uses..XOXO