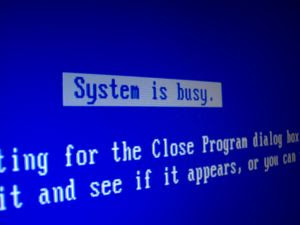 Regular readers may recall that in my last post I was musing about publicity.
I'd received a pre-meeting email from my new publicist, Jamie, asking me to consider the PR campaign for Dishonour.

I looked over what I'd done for my previous books, and what I could add to the mix.

Well, I've now had the meeting and thought I'd share with you the nuggets of wisdom Jamie passed along.

First up, it's worth mentioning that Jamie turned out to be a woman. A young woman at that. Loud, funny, with a slash of scarlet lipstick. She talked ten to the dozen, one hand grasped around a perpetually winking blackberry, the other around a chilled glass of wine.

Over mussels, chips, and more wine, she told me about the current state of the industry.
In a word, it's quiet.
Many publishing houses are cutting their staff and dumping authors whose sales are less than sparkling. Those not dumped can expect low advances.

The good news is everyone is looking for debut authors. The Holy Grail being the book acquired for a song that goes on to do some serious commercial business.

Well, in the words of Mandy Rice Davis, she would say that wouldn't she, I hear you cry.

Actually though, I agree with her. There seems to me to be little point in buying a book, editing it and launching it, with all the concurrent costs, only to release it into the wild with little more than a pat on the back and fingers crossed all round.

But what do I know?

Anyways, we then discussed what we both thought were the best ways to help a book sell. Jamie's view is that first and foremost you have to concentrate on the brand. And the brand is the author. Writers, says Jamie, have to accept that selling ourselves is part and parcel of the job.

But, but, but...I hear you say, it's not what we're about. We're about words, and craft and creativity.

Jamie told me that she understands that, even has sympathy with it, but when a writer is reluctant to join the publicity junk, her heart sinks.

When I explained that I see publicity as imperative and ultimately my responsibility, she beamed.

And so to business...she pulled out a typed document detailing everything she'd already done for May's launch, and everything she was going to do. Much of it involved her 'contacts'. Another reason, if you needed one, why good PRs earn their keep. They eat, breathe and sleep this stuff. Jamie tells me she is out at industry functions most evenings, that she lunches her contacts several times a week, and that she spends 'hours' on internet social media.

It's an exhausting schedule that most of us couldn't keep up.

As lunch drew to a close, I made a note of those things I needed to do.

1. Get back in contact with anyone and everyone who has 'helped' me when I launched my last three books. Note to self, keep records in future.

2. Suggest some feature ideas to sell me in. Hard sells don't work. Think of the non fiction hook that can give me my in.

4. Be available. There will, hopefully, be an onslaught of interest around launch and through the Summer. I need to prioritise publicity during this period.

With that, Jamie drained her Tia Maria coffee and headed off for cocktails with a well known blogger and Mark Billingham.

I stumbled back home and tried to work out how the hell one sends a tweet.

Oh blimey. It does make my head spin, but I do accept this side of things is part of the 'business' now. I got a Twitter account a while back, but hardly ever use it.

Mind you with things being so quiet in publishing there's no guarantee I'll ever get to that stage anyway!

I have very mixed feelings on Twitter and what have you, Karen.
On the on ehand can see how it can put you in touch with masses of people.

But on the other, I do worry about it sucking time away. I already waste swathes on my day on the internet as it is.
HB x

Thanks for sharing, Helen. I like the sound of the hunt for debut authors. Re: publicity - I s'pose if you can find a really good angle for yourself and your book, you're away. Lucky you, having the redoubtable Jamie!
Susiex

I have a twitter account, and I pop in every once in awhile. Still haven't grasped the thing. Good luck!

Phew - all this publicity stuff leaves me breathless and it scares me too. I've been Tweeting for a couple of years and it only sucks time away if you feel in a frittering kinda mood. There's always the *logout* button. It's self-discipline (she says!). What I love most about it is the brevity of it all; if nothing else it's helping me structure sentences. And I love that I can be reading a fabulous book, Tweet how much I'm loving it and have the author Tweet me back to say how grateful they are for the comments - it's like a different world in Tweetland.

I want a Jamie. She sounds like she loves her job.

About Twitter: Emma D once explained how she tweeted info about an event she was doing and it got retweeted and retweeted so within a few minutes 1000s of bookish people had the news of where and when. I think it made a difference to the numbers on the night.

That convinced me and I signed up, but since then...how does it affect sales? I don't get it. You tweet when your book comes out. But what next? The book is still out there, please buy it?

I want a Jaime too? Does she iron?
Cook?
ANd twitter? I'm trying but alas dont really get it...x

Thanks Helen, all very timely for me, this...interesting stuff.