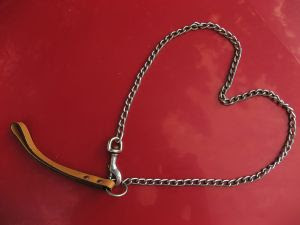 There’s much talk about ‘Plotters’ and ‘Pantsers’ and I think I know who started this talk. I’m not naming names in case I get it wrong and I end up looking uninformed and stupid. Not a good look on the best of days. But, just like the awkward line-up in PE, I don't think I fit into either team.

Can I be somewhere-in-the-middle please? Because although there is NO WAY on earth that I am ever going to be able to formulate a plan, much less write one down and stick to it, I would likewise be very scared to Fly by the seat of my Pants (as the latter label infers). I'd be an OCD Pantser and require some kind of safety net; a parachute maybe. I’m not fond of heights, lifts or flying - having only JUST been able to stomach the occasional aeronautical dream, so long as they’re lucid and I’m in total control of course.

Which, you’d think, would make me more of a Plotter.  But no. In fact at the start of every English essay at school, I’d always leave a half-page gap at the beginning of my work where I could write my ‘Plan’ AFTER I’d written the story. Little did I know this was the start of my Synopsis training. Also I don’t like being tied down. (No sniggering at the back please). I don’t like restrictions of any sort to be honest, and I don’t like HAVING to stick to a plan – okay, I know it’d be different if I was, say an Architect or a Surgeon, but I’m not - anyway, restrictions just make me more rebellious and desirous to buck the trend. And trends are so ‘last season’ aren’t they?
I put it down to a cautious childhood where I had to conform to everything and where having an imagination was neither allowed nor tolerated. Freud could’ve based a whole new dissertation on my childhood, but I won’t go into that.

So if I’m a Somewhere In The Middle-type person, would that make me a ‘Potter’ or a ‘Plantser’? Hmmm… I’m getting definite Alan Tichmarsh-ian whiffs now. You see, I know precisely HOW I want to start and I know exactly WHERE I want it to end, but other than that, I give free rein to characters and any situation they decide to place themselves in. And if they’re silly enough to get themselves into a tight squeeze, well then they can jolly well get themselves out, can’t they? And it’s so much fun seeing how they do it.

Of course I know how far I will allow a character to go. Before the whole thing starts teetering like a pyramid of baked beans, I mean.  For instance I wouldn’t launch my lovely delicate female lead from the relative safety of a leafy London suburb to the wilds of Minnesota on a drug-hustle or anything. And equally I wouldn’t kill off my mysterious, brooding hero simply because he won’t get round to fancying aforementioned female lead and has his wandering eyes set on Denise at the Bookies instead.

So I rein in the absurd. After I’ve seen what it looks like written down of course. Have you ever done that? Written something so far-fetched simply because you CAN (a bit like God creating the Duck-Billed-Platypus -what was all THAT about? Thank goodness He also invented the 'delete' button).

Athough having said all this, if I find myself halfway round Sainsbury’s, realise I’ve forgotten my shopping list and I’ve merely been running on autopilot as far as the soft cheeses, then I have been known to flee and leave the half-filled trolley in a blind panic at not knowing which aisle I need next.

Luckily my characters have no such qualms. They’re made of sterner stuff; crammed full of promise and endless possibilities.
Posted by Debs Riccio at 06:00

I don't think it was me who started the great plotter v pantser debate.
I certainly didn't coin the phrase.

But I'm pretty vocal (to say the least) about the fact that I plot. In detail. Obssessively.

I think when I wrote book one, and it turned out okay, I was almost evangelical about my method.
When other writers told me they weren't having any success I would advise them to plot. In pretty strong terms.

With hindsight, it's obvious that many different methods can work equally well.

None are superior.
None will get you published in themselves.

You have to work the way that will make you the most productive.
And for many, plotting won't be it.

So, though I will defend my method to the death. And I still think it's the most effective way to avoid wasted work (a must on a deadline), I am perfectly at ease with writers taking their own path.

I used to be a plotter but as I've grown in confidence I've trusted my instinct or my muse or call it whatever you will a lot more. I think when you're writing crime novels, like Helen does you probably will plot more as you have an awful lot of pages to fill.

But the last couple of serials I wrote - co-incidentally, crime - I only knew my characters and where I wanted to end the story. I certainly didn't know what was going to happen and half way through ep 1 I even changed the victim!

I must say I found it really liberating to write like this. However, I don't consider i was "pantsing". I think what happened was that I'd thought about the characters and their relationships so much that the plot just kind of unfolded as I wrote. If you like, the characters plotted and I just wrote it all down.

Oh phew, I'm so glad I'm not the only one! I've often thought that I do a bit of both and occasionally wish I was more interesting and had a 'method' ;)

I think it's like anything else in life, what works for some, doesn't work for others... after all 'one man's meat is another man's gravy' (as someone erroneously but hilariously pointed out to me once!)

I'm an in-betweener too - I roughly know where I'm going but like a few surprises on the way!

Or, Debs, one man's meat is another man's poisson.

Great post, definitely made me chuckle. I'm somewhere in the middle as well - with my first novel I just wrote and wrote but with my second I am making notes as I go along - in theory to make the synopsis less painful when I get to that stage. So I really did laugh when I read about your school days!

Rebecca, those school 'plans' are still going strong...I just wrote my 5th synopsis and even as I was writing it, I was thinking 'crikey, I didn't realise THAT was going to happen - cool move'!

Right! I think balancing these is like balancing most other areas of your psychology - it's usually best to be in the middle :)
Neezes
http://wordingtheimage.blogspot.com/

I suspect (although I have no evidence) that there comes a point in book 4 or 5 where we trust the process enough to cross over from our preferred approach and either try the other or simply let the book have its own way.