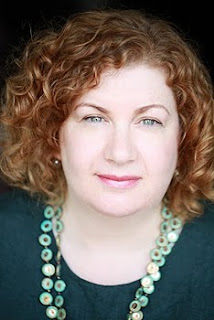 Antonia Forest, Noel Streatfeild, Mara Kay - so I can ask them about my favourite childhood books and characters.

A nice cup of tea

Hollywood - I have a family to feed.

I've worked for both - longest at a broadsheet - and I read both, but if I had to choose then broadsheet.

Specialist independents are the best.

Plotter or panter? [ie do you plan out all your work first or write by the seat of your pants?]

The Accidental Tourist by Anne Tyler.

Thinking up plot twists. And hearing from readers.

Well, I am also a journalist, and my favourite job in journalism is news editing, but maybe that's too similar to being a writer. I'd love to be an art therapist.

An author should always...

Keren David began her career in journalism as a teenager, starting out as messenger girl and then becoming a junior reporter at the Jewish Chronicle. She worked as a reporter for the Sunday Times and the Daily Express in Scotland and then as a news editor at the Independent, later becoming a commissioning editor on the Comment pages. She lived and worked in Amsterdam for eight years, returning to London in 2007. Since then Keren has written two books for teenagers, the contemporary thrillers When I Was Joe and Almost True both published in 2010. Drawing on her background in news, they tell the story of a boy taken into police protection after witnessing a murder. When I was Joe has been nominated for the Carnegie Medal and last week won the North East Teenage Book Award 2010. Keren's next book Lia's Guide to Winning the Lottery will be published in August 2011.
Posted by Caroline Green at 06:00

Oh, your list of childhood reads coincides with mine.

Great to see a reminder of your journalist career again, such a great basis for becoming a novelist. Good answers Keren!

Thanks so much Keren.

If I can just say that the 'Joe' books are among some of the very best YA fiction I've read in the last couple of years...brilliant stuff.

Brilliant answers! I loved the Joe books too.

Great answers, Keren. 'When I was Joe' is in my TOP 2010 Reads, along with 'Almost True', and to prove how compelling both books are, I've recently caught the Husband on chapter 9 of WIWJ and he *hates* reading! Congratulations again on your recent award!

You are all lovely..