Why Be A Writer? Guest blog by US author Beth Trissel 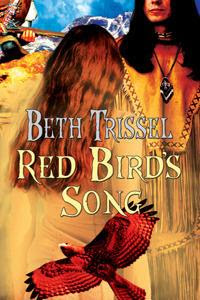 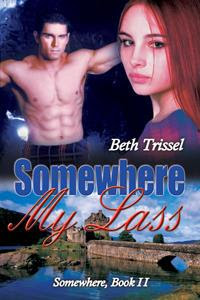 Because you’re burning up with stories and ideas you just have to get down on paper (virtual paper these days) or you’ll go mad–probably are a bit crazy anyway. I have this theory about writers, those who are on medication and those who should be. I am, but wasn’t for years. *Note, it’s also essential to love chocolate and coffee. Writers function on caffeine.

In the beginning (at age twenty) I drew a picture of a clock with a dissatisfied face and angrily named it a ‘watch-gog’ because I felt that’s all I was doing, watching others live their dreams, and yearned to throw myself into a creative venture. But what? All my family members were artistic and Lord knows I’d tried. Painting and drawing eluded me. I was no hawk-eyed photographer. I’d made some swell collages, but that didn’t seem enough. My arts and crafts weren’t as expertly done as others. Though, I must say, those tuna fish cans I decorated with Christmas scenes were charming.

Yes, I loved to write and poured myself into poetry and short stories. Was there something more? For the next twenty years I continued to craft my pieces about rural life and slowly gained the seed of confidence to at least give myself permission to try and write those historical romance novels I so loved to read. At long last, I’d begun. Could it be, was I actually a writer, and how would I know when I’d ‘arrived?’

Mountains loomed before me, and still do, with each new book. Publication, of course, was the ultimate pinnacle of success, but I discovered contests–some quite prestigious. If I excelled in those, not only might it pave the way toward my giddy goal but would lend me the credibility I craved. Certain I was ready for the initial launch, I entered my first RWA® Chapter Contest. While awaiting the results, I planned my acceptance speech for the awards banquet. Whether they even had one or not, I don’t recall, but clearly remember sitting in utter bemusement holding those first score sheets. “You broke every rule,” wrote an equally bemused judge.

Rules? They have rules for writing? Was Charles Dickens guided by rules, and what of Jane Austen? *Note to self, you are not Dickens or Austen, nor do you live in their time period. But that same judge tossed me a lifeline, “You have talent,” she said, “apparent in your beautiful descriptions.”

This at least was a place to begin. And so I did. With each step forward, there was always someone along the way to lend yet more ‘constructive criticism’ which I balked at, but eventually accepted and grew from. Along with those beneficial guides were individuals who continually smacked me down. Most of them were called agents and editors. But I got back up, brushed myself off, and onward ho I went. I cherished the good rejection letters, a personal note containing a high five along with the inevitable ‘but.’ But, your work doesn’t — fill in the blank.

Boys and girls, I’ve had hundreds of rejections over the years. To cheer myself up, I’d throw mini rejection parties (weekly) attended mostly by myself and the dogs. We jigged around the kitchen to lively Celtic music. Well, at least I did. They tolerated being leapt over in my spritely steps. Being on Riverdance was another dream, but I digress.(Often).

Back in the snail mail days, my dear hubby handed me my mail referring to these inevitable replies as my ‘Dear John’ letters. To gain the fortitude needed to open these dreaded missives, I inked the initials C. D. H. on the outside of my SASE which stood for Courage Dear Heart, a reference to my beloved Aslan from the Narnia books by CS Lewis. Later, I found it easier to be rejected by email, though not a lot. Eventually, after ten years, I landed an excellent agent and thought this is it! I’ve arrived in the Promised Land! But no, not even she could sell my work to traditional NY publishing houses, no matter how much she extolled it or how many awards I’d garnered. They didn’t want stories set in early America. Not sexy, not kewl. Since when?

So my agent and I amicably parted ways and I spotted a new ship on the horizon, an untraditional publisher, The Wild Rose Press. Right off, I was smitten by the name and their whole rose garden theme. Next to writing, my passion is gardening. At the top of their homepage is a rose that looks very much like my favorite variety by English breeder David Austen called Abraham Darby. It was a sign unto me. I was forever seeking signs, must be my superstitious Scots-Irish forebears. It’s also Biblical…

I have four books out with The Wild Rose, a novella in An American Rose Christmas anthology, and have two more novels coming out later this year, release dates TBD. My latest light paranormal, Somewhere My Lass, is a suspenseful Scottish time travel. I’m hearkening further back to my Scot’s roots. The American historical coming out, Red Bird’s Song, is the first book I ever wrote, oft rewrote, and the one mentioned above in that contest where I broke all the rules.

Advice to aspiring writers, write what you love and persevere. Learn and grow from those helpful guides along the way. Keep on going like a sled dog in a blinding snow storm. For years, that’s what I compared myself to. “You are not finished when you lose, you are finished when you quit.” Did I ever threaten to quit? Many times. And then I’d ask myself, what are you gonna do now. Write, of course. It’s what I do.

*Before publication, Somewhere My Love, finaled in the Golden Pen Contest. Since its 2008 release, Somewhere My Love won the 2008 Preditors&Editors Readers Poll for Best Romance Novel and received a stellar review from Publishers Weekly. The cover won the 2009 clash of cover contest at Embrace the Shadows, and the trailer won first place at The Pen and Muse.

*Before publication, Through the Fire won the historical category of 2008 the Linda Howard Award for Excellence in Writing and finaled in the 2008 Golden Heart ® Contest. Since its May 2009 release, it received a fabulous review from Long and Short Reviews, Two Lips, The Pen and Muse… and won book of the book at LASR.

*Before its release, Enemy of the King finaled in numerous RWA® chapter contests, and since its May 2009 release has received an outstanding review from Long and Short Reviews, Coffee Time, You Gotta Read… and won book of the week at LASR.

*Before its release, Daughter of the Wind finaled in several RWA® chapter contests, and since its May 2009 release has also received an excellent review from Long and Short Reviews, Bitten by Books, Mistress Bella… and won book of the week at LASR. All three of my 2009 releases made the top ten Publisher’s Weekly Reader’s Choice Best Books of 2009 at Barbara Veys.

For more on my work please visit: www.bethtrissel.com
Posted by Gillian McDade at 06:00

Why be a writer?
Because you are very talented in your word selection :)

Awww thank you for such a stirring piece to buck me up and slap me silly for now and again wallowing in negativity and self pity!

I'm always, always encouraged to read about writers more my age who have gotten there not by magic but by hard work, hard graft, bags and bags of talent and perserverance despite an initial sea of rejections.

I shall try and take up celtic music and see if my cat will dance with me when I get another rejection.

And I shall print this off and stick in by my pc to help me along during those dark dark days!

Thank you for such an inspiring post, Beth. It should be a lesson for us all. We can laugh in the face of rejection!

I love the CDH part and think I'll adapt that fromnow on! Thanks for a wonderful, informative post Beth.

Thanks so much. Glad to be of inspiration, and I love the mental image of dancing with cats. My cat Percy perches nearby and bats at me in passing.

So does my cat, Beth! She's psychotic!

What a great blog. It made me laugh and it made me think, and now I'm itching to check out Somewhere My Lass. I have a Scottish Paranormal with some time travel elements that will be released next year. I'm off to check your out!

I agree we all need to do something creative and had a few false starts myself. (Called my first poetry collection 'No Good at Knitting'- might have been better as 'No good at Poetry'!)
Thanks for a fun and inspiring post.
AliB

Oh my goodness, what a ride, Beth. Glad you didn't throw in the towel.

What a lovely insight into your life, Beth. Thanks a lot for sharing! :-)

Thanks again guys. It's been quite a journey and still is. Somewhere My Lass isn't out yet. :( But stay tuned. I should have a release date soon.

I also seemed to have a lot of "buts" at the end of my rainbows instead of pots of gold. But I finally found my way into the lovely garden too and the sun came out from behind the clouds. What a great blog, Beth. You're such an inspiration and wonderful author.

Wow, Beth, it's nice to know the whole story of your publishing journey. Agents are great, but not always the sure chance of getting published. They say the market is fickle, but I think it's more like the editors are fickle. Congrats on all the awards, especially on the cover one. LOL. I love my silver heart charm. :) T

I am so glad I popped onto your blog today, Beth. I should have known it would be an easy read full of good advice. I am battling the Historical American and my stories have been getting pats on the back, but 'they' don't want westerns. It's not a western, it is just set in that time period. It does get frustrating at times like you said, but I couldn't give writing up. It's who I am.... Thanks for sharing and giving us all permission to not give up and write, write, write.

Thanks, Beth - love the quote about not being finished when you lose...
Susiex

I need to read articles like this at least once a week to keep me going. Thanks for the boost.
I try and fill my own blog with inspiring quotes from successful people.