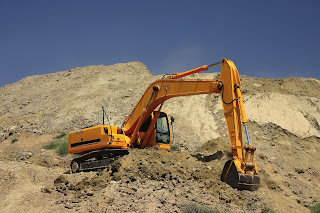 Until recently, I used to sit in my parents' attic on a Sunday afternoon, unearthing all my childhood books and magazines and sitting down on a cardboard box to a good random read. Taking the dust sheets off the boxes and blowing the few particles from the covers, it was a joy to transport myself back to childhood. I was brought up to read from a very young age and my school reports always contained comments in relation to my reading ability. 'Gillian's stories are always interesting to read,' stated my P2 report.

And when I moved from the family home, I took ALL my books, magazines and comics with me (yes, I still have copies of The Beano 1983 floating around somewhere!) They were largely discarded in a spare bedroom, which slowly over the years metamorphosed into a library which looked as if it had been ransacked by the National Party Against Reading (see what I've done there - thrown in a little gesture to the elections!)

While trying to sort out the reading pile, I unearthed many treasures including a plethora of books, I'd read, digested and then forgotten about. I never throw books out, and I never sell them on ebay, or drop them into charity shops. That's one thing I'm selfish about.

I have listed some of them here – many you will recognise, many you might not.

Five Go To Smugglers Top – Enid Blyton – This is one of my favourite of the Famous Five, along with Five Get Into Trouble. It follows the five as they stay in an old house and discover secret passageways. Reading critically now, I see how these incidents of mystery and suspense appeal to the younger generation.

The Lion's Way – Lewis Orde – I bought this at a school fair in 1987. I always headed to the book stall, which was filled with discarded reads sent by parents. However, this story was quite enjoyable, following Daniel Kirshbaum, a Jewish singer, overcoming the obstacles of Depression-era New York, and going on to succeed on the nightclub scene. I then ordered The Lion's Progress which I haven't yet read!

The Haunted Showboat (Nancy Drew) – Carolyn Keene. Poor Carolyn - I wrongly believed Nancy herself was the purveyor of these great mysteries, and the woman who inspired me to write my first novel at the age of 11. It was a Nancy Drew story involving secrets written on paper and hidden in trees. My friends thought it was a great book and better than the rest of the Nancy series!! It's in a landfill site.

The Tripods Trilogy – John Christopher - I remember watching this series with my dad in 1984. It was freaky, and I remember having nightmares as a result of it. These massive alien machines control human minds by 'capping' them.

Ulysses – James Joyce - I'd forgotten about this tattered copy, but I fully intend to get though it in one stint this time, instead of my reading spurt being permeated by other books as was the case a few months ago. If you haven't read it, then you should.

Carrie's War – Nina Bawden – this is what I call a great piece of children's literature. I read it in P5 and I found it such an enjoyable book. Set during World War Two, it follows Carrie and her brother as they are evacuated to Wales. It was made into a television series, such was its popularity.

Have you unearthed anything lately? I have a few quid to spend on Amazon, and always enjoy your recommendations.
Posted by Gillian McDade at 06:00

If you haven't read I Capture The Castle by Dodie Smith, Gillian, it's worth a look. A sort of young-YA book set in the 1930s, it is a love letter to England as well as the story of an eccentric family in a crumbling castle.

Will check it out Ellen. Talking of young adult novels which really stir the imagination, I'd recommend One More River by Lynne Reid Banks - not sure how many times I've read it!

Ah, speaking of Lynne Reid Banks, I can still shut my eyes and be back in 'The L-shaped Room' with all the emotions the story evoked. It's simplicity startled me. I even named my first car Toby after the male MC. I was absolutely gutted when my mum threw all my childhood books away without telling me. So I'm often drifting wistfully through the Amazonian jungle searching for them... books, books... can you hear me?

Hi Gillian. We are the Enid Blyton/James Joyce fan club.

Debs - that's one by Ms Banks I haven't read! Thanks for the tip - have added it to my Amazon wish list.

I've kept a hand-written journal for nearly 30 years. I have dozens of spiral bound notebooks with my "brilliant" thoughts scribbled in them. On occasion, I go back to some of the earlier ones to read something I have written. Aside from the embarrassment at my rank immaturity at the time, I do feel nostalgia for the man(boy) I was way back then, and I treasure the opportunity to reconnect with that vanished part of myself through my journals.

My children have professed their intention to read my journals from start to finish after I'm finished with this life. I don't suppose I object to that, but I think it has colored the writing I do in the journals now. I think in some barely conscious way I censor what I write now, knowing the kids will see it.

I Capture the Castle has been on my to-be-read list for a long time. Time to change that.

Oh those badges!Anyone else have one for the The Lone Pine Club? My sister and I loved Malcom Saville's books. I still feel I have been to Romney Marsh even though I haven't!
AliB

Smuggler's Top was my favourite Famous Five one too!

I am exhilarated to learn that Enid Blyton's books such as Five Go To Smuggler's Top and Five Get Into Trouble were amongst your favourite books. I too liked Enid Blyton's books a lot as a child. Thus, my affection for Enid Blyton and her books led me into writing and publishing a book on her, titled, The Famous Five: A personal Anecdotage (www.bbotw.com).
Stephen Isabirye

I read the Princess Bride by William Goldman aloud to my 11 year old and it was brilliant! Its written as if its an abridgement of a story by S. Morgenstern, (all the good bits) and it reminded me of what I do when reading to kids- take out all the boring bits and just read the good bits! We both enjoyed it

I still have a line of books I've kept from childhood, including many of the Swallows and Amazons, Narnia and a series called Susan's Helping Hand (my namesake, y'know.)
Susiex

I'm re-reading The Dark Is Rising sequence by Susan Cooper, and it is so good! Makes me feel like it's Christmas, somehow.