"A perfect character is not engaging. Character transformation can be one of the most powerful effects in any story." Donald Maass 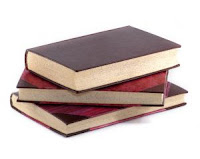 I’ve never written about perfect characters. I'm not sure anyone would want to read about them. But I have written about one who thought she was perfect, for her to discover en route she definitely wasn't. For me as a reader, the draw of the genre I write in (Commercial Women’s Fiction) is the character transformation that unfolds in the telling of an engaging story. Sounds simple, doesn’t it? Yet, I’ve tried it twice and though novel two has not bitten the dust – far from it – I’m about to start writing novel three and felt it was time for a change in ‘how’ I approached it.

For a start, I already have an outline. Yep! Me, a prize ‘pantser’, has a plot! (For those of you who don't know, a pantser writes by the 'seat of their pants,' whilst a plotter ,er, plots.)


And I don’t only have a plot (fanfare and drum roll please...) I also have a check list thingy (see below) In my new found organised non pantsy mode, the list came first. It helped create character profiles, the characters whose emotional journeys helped form the plot and move the story forward.

1. Who is your reader? Where and how will they read this book?
2. What’s the title? Have one – even if it changes.
3. Themes? Are they hooky? E.G. Obsession, betrayal, life after death.
4. Who is your protagonist? What motivates her and what is she risking?
5. Is there an antagonist? How is he/she opposed to the protagonist?
6. KNOW your mc. Walk in her shoes...What does she look like? Does she have habits? What does she eat/drink? Does she have pets? Does she own something special/sentimental to her? Where does she live? What’s her job? Does she like it/hate it?
Is she strong/weak/overbearing/confident/secretive/sad? Who are her friends?
7. Place her in jeopardy! Introduce struggle, inner conflict, encourage change by overcoming obstacles. At some point make her hit rock bottom before the rise again.
8. Does she have a clear arc?
9. Have a 'shout line' e.g ‘Hell hath no fury like a mother scorned’

I’m looking forward to taking these people on their journey. I’m looking forward to that ‘splurge’ of a first draft. I’m hoping with this approach, it will provide a strong foundation (character and plot wise) which in theory should make the first draft flow easier, and may even mean that the inevitable EDIT won't have to be such a chore. Watch this space because that is a whole other blog post and if Ernest Hemingway is to be believed, ‘The first draft of anything is shit.’

But I’m brave enough to believe that this first draft, yet to be written, but planned (while still allowing room for sporadic ‘pantser activity’) may just be less **** than other ones I’ve written in the past. Character and plot. Character and plot. See? It rolls off the tongue. Now all I have to do is to get them to play nice and hold hands for about three hundred and ninety pages.
Posted by Fionnuala at 06:00

Very timely post for me! I too am a 'pantser' trying to (am)mend my ways and find I am holding off making any kind of start on novel 3until I at least think I know where I'm going. Your list will come in very handy.
Thanks!
AliB

I'm a major plotter. I look at every character and chapter as a box, making sure it is fully filled and perfected before moving onto the next. To me trying to write a novel in pantser fashion is like putting my hands on a Van de Graaf generator and making my hair go haywire!

That is soooo organised, Fionnuala! Your pantser must be in shock. Very best of luck with the new one.
Susiex

thanks for this really helpful post! I've never heard of a "shout line" and now that I have I shall definitely work on it!!

Good luck with your journey of trying to get plot and character to be bestest pals!

OK I have copied and pasted your list. It will be plastered in my notebook. I need all the help I can get. I started a story and know four of my characters. But I am waiting for MC to enlighten me on more than the premise of her story. She is procrastinating; I think she has gone on holiday. I will confront her with your list and hopefully things will get a move on. Good luck with your new draft.

Really interesting post, Fionnuala. As another person whop never begins with a thorough plan, i think your list is great - though Il;d say all writers would probably have slightly different things on their mental list. for example, I rarely have a title, and never a shout line, and I never know what my characters look like (and rarely do even by the time the book is finished) since people's appearance doesn't interest me much.

'S funny isn't it Rosy? I absolutely HAVE to know what my characters look like for them to be 'real' and live their lives through my fingertips... You're right though, every writer (also really dependant on genre?) will have their own version.