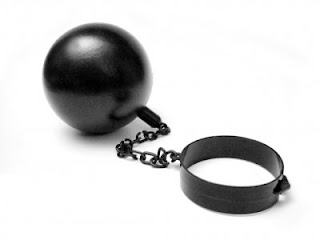 First out, cheers to Roderic for giving me his slot this month. He met Sheila, my missus, on one of those writing courses down the local pub, and he drops in for a cuppa every now and then to talk about the stuff they write. You should hear them, spending hours looking at one sentence and trying to decide if it should be “dandled the baby in her arms” or “dandled the baby in her hands”. Bollocks in my opinion, but there you are. Course, if he dandles Sheila anywhere, I’ll rip his eyes out. If you really want my opinion, she should be spending more time with the actual baby; I can hear it starting to cry in the back room.

Roderic asked me what it’s like being married to a writer. It took me a few seconds to cotton onto what he was on about. Then I knew he meant Sheila. Mother, yes. Part time manager down the university accommodation office, yes. Looking after yours truly, yes. But, to be honest, I’ve never thought of her as a writer. She did get a book published, I’ll grant you. But, come on, that was three years back. I never got round to reading it and it’s brought in zilcho cash, so she’s not a proper writer, is she? Not like that Dan Brown or Harry Potter.

I know she splashes a good bit of our hard-earned on the courses I mentioned. Teaches on them too now, so I suppose she’s getting something back. And judging by the bookmarks on the web browser (I checked to see what she gets up to) she visits a lot of places like this. The wife does spend years locked away with the computer (not cooking the dinner) so who knows what she’s doing in there. Yeah, I guess I’d concede that she’s a writer and, since you asked – it’s bloody lonely being married to one.

Now I think about it, she certainly spends a lot of time talking about writing and getting in a flap about it – ranting on about how she’s not sure if the new stuff is good enough. I had to tell her that if she doesn’t like doing it, then stop, or at least stop going on about it.

A few months ago, when she was going through one of her maudlin, I’m not good enough, woe is me, phases, she nagged me into reading some of her stuff. A story I think. I took a quick gander, just to be nice, but I couldn’t really see what she was getting at. It was something about some woman who packs her bags each Friday to leave her bloke, then unpacks them every Sunday. Pointless. I said the woman should just get on with it. A few days later Sheila wanted me to take a look again. It was exactly the same story, so far as I could tell. A week later she asked me to read the bloody thing for a third time. I had to knock it on the head. Not much of a one for reading anyway. Maybe something I pick up at the airport, like that one by Lewis Hamilton – now, that’s a decent read when there’s sod all on the tele in Spain.

Anyway, I’m told it’s a tradition here on Strictly Wasting Time for guest bloggers to stump up a freebie. One of their books. Well, obviously, I didn’t have any to offer. I s’pose I could send you one of Sheila’s (there’s a whole stack of them downstairs) but how am I supposed to know if it's any good? Of course, you might go for that old DIY manual I bought and never used. Sheila does most of the odd jobs around this house. But, in the end, I’ve gone one better, just for you. I’ve gone and written a story. Have to admit I quite enjoyed it and, it’s not bad, even if I do say so myself. It's about swine flu and starts off, These days the proles are watching Big Brother. It winds up back on the same "literary" note with, I always knew the pigs would get us in the end. Easy, this writing lark, isn’t it? Only took me half an hour.

Post a comment underneath here and you can win a signed copy. But, you can only enter this competition if you are one of the Strictly team; Roderic said he wanted that rule to make it fairer than usual. Rod, you can enter too, mate. More than welcome.
Cheers, Nick.
Posted by Roderic Vincent at 06:00

Rod, I am choking on my muesli reading this!!! Hilarious!

I am Sheila's agent. (You knew she had one, right?)
Your story is global. It shows talent heretofore unexposed.

Please submit all you have to me, with a blank cheque to cover my highly refined taste in admin costs.

Very good! Not sure how fairness would mean excluding the non-team readers though - a bit like the firm where I used to work where poor performers couldn't transfer off the team, condemning them to the team where they obviously didn't suit the job!

No she didn't, Sam. But I have to acknowledge Zach (my 13 yr old editor) who came up with the great Orwellian ref: I always knew the pigs would get us in the end.

Really funny post, Rod, but also kind of sad because it's so true.

That pig sentence is brilliant - Zach is a genius!

Thanks Caro and Caro, as soon as the boy gets back from Sport for All I'll show him your comments.

Zach, would you like to join the team? Rod's been mis-behaving lately and we could do with a more sensible replacement.

Next week: what it's like to have a writer for a parent. Or it would be, but they can't type because their fingers are burnt from cooking their own pizza once too often...

LOL, Emma! - yes, Zach, please do guest blog for us about that!!