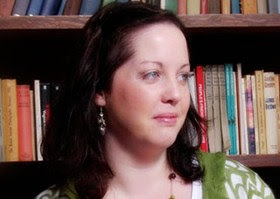 Do all writers have to grow up? I don't mean physically, of course. I have learned that despite the best Clarins has to offer there is little I can do to stop the ravages of time taking a toll on my skin. As for my hair colour? Dying these days is not so much a case of "Because I'm worth it" as "Because I have to."

That aside and back to the basics of writing - is there a time when every writer worth her word count has to sit back, take stock and put away childish things?

I ask this question with a semi heavy heart. Only last year I fervently and adamantly fought the corner of the Chick Lit title on this very site. I have said that I embraced the term - loved it - felt inspired by it.

Have I changed my mind with the passage of just 12 months? Sadly, and with my big fat slice of humble pie eaten, I have to say yes. In the last 12 months, you see, this particular chick has grown up. And while I still feel there is good chick lit out there - and in no way feel that the very name of the genre denigrates women - I just don't feel I fit the mould any more.

I now consider myself very much a contemporary women's author. That sounds grand doesn't it? Even saying it makes me react in a different way to those times when I told people I wrote "chick lit". I feel, although I'm loathe to admit it, as if I should be taken a little more seriously.

There's nothing wrong with chick lit, of course. If what you are writing fits that exact model. Chick lit to me is - and I'm aware I'm contradicting my previous viewpoint - the lighter side of women's writing. It is cool glasses of wine, designer clothes, rugged men, falling in and out of love, getting a cool job in a trendy magazine of similar. I love books like that - books which offer complete unadulterated escapism.

But are they relevant to my life these days? I'm afraid not. And I've come to think that dismissing tales of depression, domestic violence, miscarriage, adoption and more as "chick lit" has been doing those topics a disservice. We should not dismiss serious topics as fluffy - we should not say it is okay to write them only as long as they have pretty covers.

Chick Lit is still alive, for sure and for certain but it's not a one size fits all label for women's fiction either. I'm proud of what I've written, and of what I'm writing. And I proud to have served my time at the coal face of the chick lit industry, but I'm moving on.
Claire Allan is an author and journalist based in Derry in Northern Ireland. She has been a reporter with the Derry Journal since 1999 and has written for a number of newspapers including the Belfast Telegraph, the Irish News and The Mirror. She has an Honours degree in the Humanities and a MA in Newspaper Journalism. She writes a weekly column on topical issues, with a focus on women's issues and parenting. Claire is a regular contributer to BBC Radio Foyle and Culture NI Magazine. Her bestselling novels have all been published by Poolbeg Press in Ireland. Her fifth 'If Only You Knew' is now available.
Posted by Gillian McDade at 06:00

Email ThisBlogThis!Share to TwitterShare to FacebookShare to Pinterest
Labels: chick lit, Claire Allan, contemporary women's fiction., If Only You Knew

Claire, I happen to think that much of the writing that sits under the banner 'chick lit' is actually WCF or simply comedic writing.

It takes bottle to stand up and say you've changed your mind.

My agreeing with you (which I do) feels less relevant than applauding you for sharing your different ideas with the rest of us.

I'm sure we can all think of people who ought to say, 'I've had a rethink.' Not many manage to do it.

I think even light chick lit has moved on from the designer clothes label (no pun intended). Now there's paranormal chick lit, mum lit, etc etc, light and frothy but not necessarily about shoes and handbags. The genre is moving forward in its own way.

But yes, i agree Claire, a lot of what i wouldn;t call chick lit has been labelled with that tag for years. I've never felt Kate Long's books, for example, fit the pastel covers as her books are about so much more.

There's room for both and good luck with your next project. I'll be interested to see what sort of cover it's eventually given!

Claire, I really enjoyed reading that. Perhaps it would be fair to say that you have not changed your mind but instead that you have grown and evolved as a writer.

Thanks for sharing with us, Claire. In fact I noticed a distinct difference between your latest cover (If Only You Knew) and the previous four! I also think it's fair to say all writers evolve and 'grow up'.

I ADORE the latest cover for your book, Claire, and welcome you with sisterly arms to being all growed-up (whatever THAT is!).

Thanks, Claire, for your honest post. It's a shame there have to be labels for women's fiction at all. Very best of luck with your new novel.
Susiex