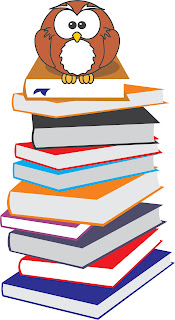 I try to read as many newly released books as I can, mainly those in the so-called literary genre, but as you know, it’s like taking on the role of a goalkeeper when a thousand balls are heading toward you. As much as I desperately want to read every book as soon as it's released, I fully appreciate that even the keenest (and fastest) of readers will only select from those newly released books that most interest them. I’ve only read a handful of books this year – the first half of the year was obliterated thanks to having severe hyperemesis. I’ve missed so many good books in recent months but I always try to add them to my Amazon wish list so they don’t slip through the net altogether.

I’ve just ordered this year’s entire Booker shortlist as a Christmas present for myself (!), not only because it looks like a fine combo, but also to see if I agree with the judges’ decision. I have a feeling I won’t though. I’m especially looking forward to reading The Sisters Brothers (shouldn’t there be an apostrophe there?) Then there’s Half Blood Blues by Esi Edugyan published by the highly respected Serpent’s Tail. My first inkling when I saw the cover was that this particular book had been written by a man. Just goes to show you shouldn't judge a book by its cover.

Talking about having missed many fine reads over the last year, I dug around Amazon and added quite a few ‘must have’ books to my list, not all of them literary though. I really want to read The Pink Hotel by Ana Stothard, but I may just keep it as my summer sunbathing read. I also added Submission by Amy Waldman, a September 11 novel, The Lazarus Project by Aleksandar Hemon, The Hare With Amber Eyes by Edmund de Waal, Saraswati Park by Anjali Joseph, The Pleasure Seekers by Tishani Doshi (I love the cover), The Tiger's Wife by Tea Obreht, and The Privileges by Jonathan Dee. I could go on and on and tell you about the 319 books I have on the list. I hope I live long enough to get through the list which isn’t yet complete, and which grows each week, thanks to the Sunday Times Culture section among other supplements.

It’s nice to cosy up with a good book on a cold winter’s night, listening to the gentle patter of snow on the window pane. That, I suppose, is the only good thing about winter. And I'm looking forward to getting through this long list I have. Sadly though, even if I spent every minute of every day of every year for the next fifty years, would I be able to be goalkeeper to all these wonderful books?
Posted by Gillian McDade at 06:00

I said to Mr Black only this weekend that if we live to a hundred we won't get through all the books in our house. Yet we continue to buy...it's almost a compulsion.

HB x
ps I met Anna Stothard at the Bedford Reader's day when she was giving a talk about The Pink Hotel. I asked her to do a guest post for us and it should be up on Friday.

I know exactly what you mean. There are just too many wonderful books for the time available. And sometimes, like you, I look at my 'to read list and decide i'll have to spend a year without sleep to get through them all.

And then reality sets in. I can't do it all. Sad - but there it is. Better to enjoy what I can than beat myself up over what I can't (sorry, rubbish grammar!).

Agreed! Too many books too little time. And I'm a hopeful reader. Only once in my life have I quit a book half way through despite having read some doozes.

Glad to see others have the same issue! And do tune in on Friday, and read Anna's post.

N. Scott - can I ask what that book was? It must have been bad!