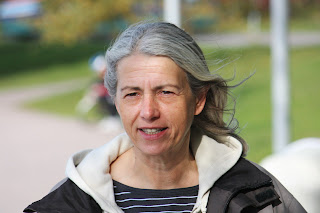 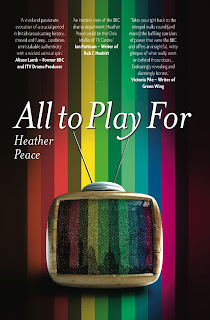 Thanks for this opportunity. I’m new to blogging and new to being a published novelist, but I’ve been involved with creative writing many years, one way and another. I enjoyed Helen’s recent post and thought I would join the debate. I share your scepticism about this ‘creative writing industry’ that’s suddenly appeared in the last 10 to 20 years.

I started out in theatre in the early 1980s, and was a television script editor through the 90s, and never heard of it then. Creative writing was something you just did – it was called writing. Some wrote novels, some wrote scripts… then I think it started appearing in the school curriculum and a few universities started offering degrees in it. I do remember that the UEA MA course sounded very desirable, as it was taught by Malcolm Bradbury and Ian McEwan shot to fame immediately after finishing it.

Since then the number of different degree courses, workshops, residential courses, mentor schemes etc has exploded; even publishers like Faber are now running courses and putting their top authors in as guest teachers. Mind you, you need to be wealthy to sign up for those. It’s bound to make you wonder whether it’s good value for money.

I’ve even wound up teaching creative writing myself; these days I’m a part-time tutor for the Open University on the Advanced Creative Writing module. I have to say that it’s a brilliantly well-written course, enabling any student whether a beginner or an experienced writer to improve their skills radically in whichever direction they choose. It’s not about telling them how to write, it looks at different approaches and encourages students to help one another achieve whatever they want, by developing their own voice and improving the effectiveness of their writing. I’d recommend anyone to take it, although I can’t vouch for every tutor being equally helpful. Each year a few of my students have a wonderful experience and find that the subject has opened up to them in ways they couldn’t have anticipated; they’re usually people who left school with next to no qualifications and work in relatively dull jobs. This makes it really rewarding to teach.

I’m quite sure there are a lot of charlatans out there, I’ve attended quite a few events myself over the years which I’ve felt annoyed about. I suppose the important thing is to approach with caution, to work out what you want to develop in yourself, and to go looking for it in a discriminating way. There are no rules which can’t be broken, and anyone who tells you how to write is asking to be ignored. The odd thing for me is that I haven’t had the benefit of a mentor of any kind, but my experience of being an editor enabled me to act as my own fiction editor, and the process of teaching creative writing helps in the same way that practising scales is good for musicians.

My novel All To Play For is out courtesy of Legend Press. Its subject is making television drama, and its characters struggle with changes at the BBC in the 1990s, when creativity lost out to re-organisation and commercial pressures, and the consequences are on our TV screens today.
Heather is a former theatre director and BBC script editor who now writes fiction and teaches creative writing for the Open University. Her novel All to Play for, which draws on her television career, is published by Legend Press.
Posted by Gillian McDade at 06:00

Email ThisBlogThis!Share to TwitterShare to FacebookShare to Pinterest
Labels: All To Play For, BBC, Heather Peace, Legend Press

When I'm published I want a book cover just like that! I was only looking through the OU prospectus for CW this week but was worried the fees might be scarily out of my league. I went to a little local evening course in CW in the 80s which, although lovely, didn't do anything other than make me pleased I wasn't alone with my scribbblings. Great post, thanks Heather and good luck with the book, I'll look out for it.

I'm doing a CW MA at the moment - a distance learning course, which has its pros and cons.

I don't believe it will make me famous overnight. I don't even believe it is the introduction to that wonderful agent who notices my talent and negotiates the contract . . .

But it is helping me to think differently about my writing. I have ideas I wouldn't have had. I believe my writing will grow. For me - that's worth it. But if I feel I'm not learning - then I leave. I don't need the qualification, but the opportunity to explore my writing and its potential is, at the moment, exciting.

And I do know it's not for everyone. I, too, have been on day courses and would have been better to stay and home and read.

I have very conflicetd views on the creative writing industry.

On the one hand I can see that many many people gte a lot out of it. On the other, I worry that it is just a great big scam to part the would-be writer from his or her money.

I often think I've missed out as I have no 'formal' qualification in creative writing. I taught myself all the basics like POV etc, but I would like to have had some sort of training. That said, I agree with Heather that there are a lot of scams out there.

Ooh, your book is really tempting me, Heather, as I worked for the BBC during the 1990s...not in anywhere glamorous like Drama, though! Very best of luck with it.
Susiex