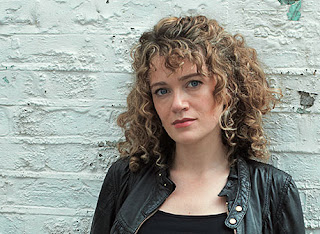 I woke up in a panic last night thinking that I’d forgotten to return the telephone call of a friend, then realised (with a sense of impending insanity) I’d been dreaming about a character in the novel I’m writing. I didn’t need to call her back, I owned her, but I still couldn’t fall back asleep.

From Lewis Carroll’s Alice to Dostoevsky’s Raskolnikov to my own meagre efforts, the army of fictional creatures populating my bookshelves have had a more profound affect on my world than 90% of the real people I’ve met. Is that a terrible thing to admit? Maybe. Honestly though, I’d rather have known the fiction of Holly Golightly than the reality of most acquaintances, the memory of Jay Gatsby over the memory of quite a few ex-boyfriends.

Done right it’s a baffling power, to design a character, but how is it done? Dickens was inundated with letters begging him to save Little Nell when The Old Curiosity Shop was coming to an end. Some of my most intense memories of the last family holiday I went on revolve around the thoughts of Yossarian from Catch 22 (many apologies to my family about that, I know it’s rude to read at the lunch table).

Like most writers I’d love to know the magic animating ingredient that makes a hybrid of observation, imagination and autobiography come alive on the page and last in the minds of readers. We’ve all probably conjured characters in our heads only for them to fall flat on their faces the moment they hit the page, missing some indefinable something so they just drag their feet and don’t do what their told until we’re forced to brutally dispatch them back into nothing. And then sometimes, bliss, we hit on a character that we feel like we could push out into the world and she’d exist without us. Even then we (by which I mean “I”, others are probably much less anxious) lie awake at night obsessing over whether the figments of our imaginations are too nuanced or too predictable, too unlikely or too obviously based on feral uncle Malcom or that colleague at work we hate. Or, much worse, that our carefully crafted and seemingly inventive protagonists in fact reveal a lot about ourselves that, in other circumstances, we’d rather people didn’t know.

One of the most surreal problems I’ve stumbled on as a young female writer sending young female protagonists out into the world is that people insist that my characters are thinly veiled versions of myself. “You must really hate your mother,” a woman informed me sagely at a wedding reception recently, having read my latest novel, The Pink Hotel, about a young English girl travelling Los Angeles returning love letters and photographs to the men who knew her errant and recently deceased mother. I smiled sweetly at the wedding guest and let her believe that I would be capable of half the seduction and deduction that my character achieves in the course of her journey, but of course she did raise and interesting point.

Nabakov is not Humbert Humbert, Charlotte Bronte is not Jane Eyre, Thomas Harris is not Hannibal Lector, but elements of the writer necessarily exist amongst reams of observation and imagination in the making of a character. That must be part of what makes characters come alive. My character is not based on me, Mrs Know-it-all Wedding Guest, but I can begrudgingly admit there is some crossover. I’d love to know if anyone else has had this problem, being accused of the neurosis or flaws that your character has?

When Breakfast at Tiffany’s was first published, Truman Capote described a “Holly Golightly Sweepstakes” of women guessed to be the “real” Holly when of course there was no such thing. Capote later insisted that Holly was an amalgamation, a “symbol of all these girls who come to New York and spin in the sun for a moment like May flies and then disappear”. Biographers have added the author’s mother to Holly’s inspiration-mix (a rural Southern belle, Capote’s mother was originally named Lillie Mae while Holly’s birth name is Lula Mae) plus the author himself of course (who suffered from the “mean reds” as Holly does). Occupying some perfect place between a symbol and an ideal party guest, a thousand observed arched eyebrows, childhood memories, flirty smiles, little black dresses, martini-nights and witty conversations must have bubbled into the making of Holly.

Thank God for Yossarian and Little Nell, Lolita and Holly and all the rest, I hope I write a character as great as that one day. In the mean time one of the perks of being a writer, penning stories for ourselves or the local newspaper or the web or a publisher, is surely that we never have to choose whether to be a management consultant or a lawyer, an Olympic swimmer or a mother. We can be everything we want, including other people. What other profession can say that? Our alter egos are not “us”, but we can try a thousand lives on for size.

Anna Stothard is the author of The Pink Hotel published by Alma Books
Posted by Helen Black at 06:00

"So that's what you think of my house," my mother said to me after reading my novel. "No," I said, but did she believe me? Bafflingly one friend told my sister how complicated my relationship must be with my family after reading a story I wrote about middle aged adultery. I know, I know, I know. And I love your writing about Holly.

At a lunch with friends recently, discussing their grandchildren, I almost said 'Oh, and Bridie has just had her third!' forgetting that Bridie lived in my head.
But yes, fictional people are so much more interesting.

Congratulations Birdie! I've never written a fictional child. Think my mother will be thrilled when I move on from the subject of vicious mothers though. She's put up with two evil mothers inhabiting my imagination so far.

Slightly nervous about the next novel actually - a love story - the male character is NOTHING like anyone real, yet... hope non-family members are as open-minded as my mother of the twists my mind takes in dark moments....

I must admit, and have blogged about it in the past, that I have always had imaginary friends.

They are very hard to live up to.
HB x

Worrying. My novel's full of alcoholics. Must be my alter egos as I barely drink.
Great post, Anna, thanks.
Susiex

Your dark side, susie...

What a fab post Anna! I have mother issues according to people who read my novels. I don't, but I find writing about flawed mothers (aren't we all...) fascinating.