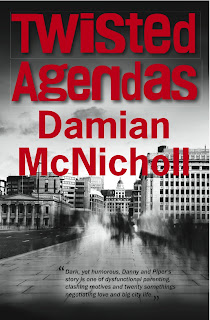 Panic and terror. That's how I felt after the roller coaster ride of getting my first novel, A Son Called Gabriel, published came to an end. During the weeks following publication, I couldn’t think about writing or editing as my mind was too preoccupied, too obsessed, with doing everything within my power to help my publisher ensure the first novel reached its audience. When the excitement ebbed, the inevitable questions all newly published novelists must face commenced: What’s your next book about? Is it written? Can I see a draft? When will it be in the bookstores?

I’d already completed a second manuscript prior to Gabriel’s publication. But the story was so very different. Where Gabriel is a gentle coming-out, coming-of age, the new manuscript was dark and comic, more of an urban tale with offbeat characters and a thriller element. It reflected another but no less vital side of my personality. However, people in the United States were advising that my second novel (called a ‘sophomore novel’ here) should be similar to ASCG because that’s what readers and critics expected.

For months, I stuck the finished manuscript into a desk drawer and tried to come up with another literary type story that this unknown audience would like. I researched genetic engineering but couldn’t get enthused. I started plotting a story from a dog’s point of view. I abandoned that and moved on to Mormonism, but the deeper I got into writing the story’s outline, the more I knew the protagonist’s core conflict would not support a novel. But always, from within the reaches of the shut desk drawer, the strong characters in my manuscript would enter my consciousness, insisting it was their turn, insisting that their story needed to be told just as much as Gabriel’s. There was Danny, the young Northern Irish man who fled his controlling father and fiancée for London; Piper, a twenty-two year old American woman studying at the LSE who likes her boyfriend but not the sex; Julia, the plummy-voiced immigration officer who’s a law unto herself; and meddling Agnes Hartley, Julia’s neighbour, who despises her and writes over-familiar letters to the Queen Mother. But my fears persisted that the novel was just far too different from A Son Called Gabriel’s simple story with its one subplot.

In the end, because I’ve always liked to do things my way, I decided to defy the so-called ‘conventional wisdom’ that a novelist’s second novel should be similar in voice or style to the first. I decided the finished manuscript would be my second novel and gave it the title Twisted Agendas. I spent last winter editing and re-editing, paring the story but maintaining the rich multi-layered structure and keeping the chapters fairly short because that’s something I like in a novel’s structure.

It was published recently by London’s independent publisher Legend Press and given a superb cover that conveys the work is commercial and literary rather than just purely literary fiction. Time will tell if I made the right decision but I’m feeling pretty good about it right now because I’ve had interest from a large US publisher. And the irony is that I’ve just now completed my third manuscript that’s a combination of both my A Son Called Gabriel and Twisted Agendas writing styles and voices. 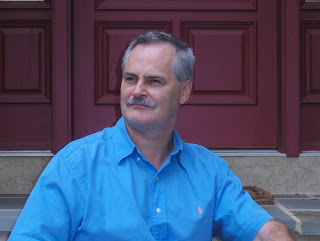 Damian McNicholl is from Northern Ireland and lives now in Pennsylvania, USA where he's at work on his third novel. His debut novel, A Son Called Gabriel, was an American Booksellers Association Booksense Pick, Foreword Magazine and Lambda Literary Award finalist and is now optioned for film. His second novel, Twisted Agendas, is recently published by Legend Press and is available in bookstores throughout the UK and Ireland. He maintains a blog here and is on Twitter @DamianMcN
Posted by Gillian McDade at 06:00

Without knowing a great deal about it (i.e. I'm not a published novelist) my impression is that there is over-much emphasis on making a quick profit and not enough long-term respect for an emerging writer - creativity should not be constrained.

I totally agree that creativity should be allowed to flow freely. Congrats on the first book, Damian, and best of luck with Twisted Agendas. I look forward to reading it!

Oooh these books look right up my street - am away to buy the first one before it becomes a movie!
Great interview Damian, good to know we don't all turn into laxidaisical primadonna/os the minute we get published!

Thanks Gillian. And thank you for inviting me to guest on Strictly Writing.

Thanks Damian - it's always so interesting to hear different journeys to publication. Best of luck with Twisted Agendas.