Judging a Book by its Cover 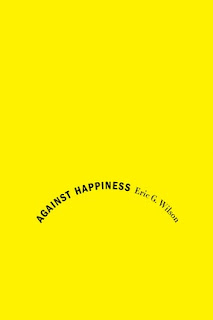 When we write, we create pictures in our heads. Which of us has not felt that a character’s face is as familiar to us as that of one of our own family, or “seen” a particularly dramatic scene as if it were unfolding inches away from us? This kind of creative visualisation is key to what we do – in a sense we’re not simply writers, but painters too, and without even having to pick up a brush. These mental pictures may be vivid to us, but they are also very personal. No matter how skilfully we describe a scene, or seek to capture the exact colour of a character’s hair in words, the chances are that we will never truly replicate what we see in our mind’s eye. Readers have their own pictures, and what they see in our writing may be a world away from what we ourselves believe to be truly there.

Of course, most of the time, the very privacy of these pictures in our heads prevents them from becoming an issue. What does it matter if one reader sees our MC as slight and brunette, another as curvy and blonde? – the chances are that we will never know. But there is one exception - one occasion when imaginary images become concrete – the moment when a book is given a cover. Cover designers have a daunting (and considering that most writers have strong views on their own work, an unenviable) task. They must effectively sum up a book in a single image. They must find the perfect picture to symbolise the conflicts, passions, themes and nuances that make up the complex tapestry of a novel. And because they have not written the book, they must interpret it through impartial eyes.

The picture that I have chosen to illustrate this post is an example of a cover designer making so bold a statement that almost no statement is made at all. I must confess I haven’t read the book, but I wonder what Eric G Wilson made of the fruits of the designer’s labours. Did he stare at the page, disbelieving, outraged that his work had been reduced to a slick of yellow and a semicircle of text? Or was he elated? – had the very simplicity of the design “got” his novel in a way of which he had barely dreamed?

I must confess that when I saw an initial cover design for my own novel, I was unsure. I looked at the image, and I couldn’t relate it back to the book I had created – couldn’t imagine that picture in my head. Luckily, the design was eventually changed, but I was surprised at how much it had disturbed me. I had not thought that I was “precious” about covers, but I soon discovered that although I had had no clear idea of what would fill that blank space, I instinctively knew what wouldn’t.

I’m already trying to imagine the cover for my second book – but whilst they say a picture paints a thousand words, perhaps expecting it to paint ninety thousand is asking a little too much. Could your book be summed up by an image… and if so, what would it be?
Posted by Rebecca Connell at 07:11

Interesting point, Becky. It's yet another of the many boons of being unpublished that we don't have to worry about this sort of problem.

I suppose the other time the imagined is made concrete is the film adaptation.

My image of dear old Gandalf will never be the same, or perhaps I have two now. The second looks strikingly like Iam McKellen.

It must be a nasty shock for many authors to see their imagined world made real for millions in a multi-million dollar blockbuster.

Really interesting post, Becky - and i hope one day i face these issues!

Covers are so important it's strange in a way that authors have so little input. I may read a book's blurb and first para to decide if i will buy it, but it's the cover that makes me pick it up in the first instance.

I'm still trying to decide what i think of that yellow cover...

Becky,I LOVE that yellow cover! I think its simplicity speaks a multitude. I have a firm view in my head on what I would want for the cover of my book but don't want to jinx it by even thinking it aloud! (CAN one think aloud?!)

And Rod, what I'd give to have that dilemma??!

My book cover has always been Asterix-style egyptian characters on a pastel (orangey) background.

Sam, that would be great for your book!!

Loved that cover, Becky! And thanks for a thought-provoking post.
I have 'covers' for both my novel and my non-fiction book, and I will one day have them made up on Lulu just for my own satisfaction.
The Making Of Her will feature a beautiful red portrait of a not-beautiful woman which I found in the National Portrait Gallery.
It sums up the story, completely.

I like the yellow cover too - very clever! Yes, interesting post: it's always a bit scary wondering what the covers are going to be like, but so far I have been pleased with mine. I often wonder whether it's really necessary to make sure the main characters' appearances are well described during the course of the book (my editors say yes, it is!) - because, as you point out, everyone pictures them differently in their heads anyway! But sometimes a certain character just HAS to be tall and blonde, or have curly auburn hair, or whatever!

Really interesting post. Being an unpublished author I'd never even thought about the fact that your cover design could be largely beyond your control.

It must be very strange putting your heart and soul into a novel and then having its first impression created by someone else who might not 'get' the book in the way you'd intended.

Having said that, I love the design of the cover on the post - I'd pick this one up in a flash if I saw it at a bookshop. It stands out as so different and bold that I'd immediately be interested in what the book had to offer.

Thanks all! Sam, I agree, I can see that cover on your book...

I have to say, I tend to over-describe my characters because I'm so keen for my readers to see them the same way as I do! A bit didactic maybe.

Thumbs up for the yellow cover then! I agree, it's certainly striking.

I can't make up my mind whether I like the yellow cover...but I do know that I would pick it up in a shop and read the blurb, so I guess that means it works for me. Interesting post, Becky. For what it's worth, I really liked the cover of The Art of Losing!

What an interesting post - not that I'm at a stage to need to worry about such things. I like that cover too, the downturned smile of text and the happy sunny background. It's succinct and very eye catching.

Although I see my own characters as clearly as family, I have no eye for design and no pet ideas for book covers, but can imagine being gutted if a designer saw something which was at odds with the book in terms of pitch and mood. Or something bland that wouldn't make me want to pick it up. It must be hard to deal with that.

I think it's very true, about not knowing what would fit - but knowing what doesn't. I find it's the same with titles - I can never think of them, but when they are suggested they are either right or wrong.

And I agree - Asterix type cartoons would be perfect for your book, Sam!

Thanks Caroline, glad you liked TAOL's cover! I like it too, but I think I like the paperback one more (will post it up when it's finalised!).