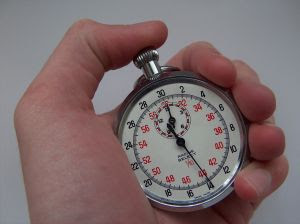 Apologies for the formatting problems with this post - please don't let it put you off reading!
Chronologically WriteInvite started in November 2006 in sunny Southsea: 10 x 6-minute pre-written stories with an anonymous vote (democracy is King!) in a salubrious and sort of posh wine bar. Half way through the next year came the themed 20 minute live write (anon vote again)in an oldy worldy hotel, then this year came WriteOnSite - which is the 20 minute write but online, and now Outwrite, basically a day out for gluttons for writing who are open to be inspired by differing enviroments that trigger those galloping pens.


WriteInvite has become a writing community: friendly, encouraging, where the
nibbles are free and the stories not always nice! People want to create.
Want to get away from their TVs. Some people couldn’t believe this. I had to
bite on my lip so hard I was down to the femur. All you have to do is treat
people fairly and honestly - I have found having money as a prize kicks out
elitism, which I hate - I want to un-earth that diamond, and we have too,
plenty of times.
We as organisers are really loving it! The WriteOnsite is a particular
thrill because we can bring Our Great Little Thaaaang to The Global
Community, as it were. Why not? Also great is that the beast is growing -
about an eighth per month - but more important aspects too, not only that
people have taken up writing, or resumed it, but also writers are sending
more work off to magazines and other competitions who I am sure in the
course of time - once we are not seen as fly-by-nights, we can become
'feeders' to. The quality is a really pleasant surprise. Worth checking out
the site as 10 x of WriteOnSite are perpetually up on screen:
www.write-invite.com

The idea of the 20 minute write came when, between the sound check and the
gig (I'm a musician) I thought I’d wheedle away at something in the car
(stationary) and I found that, in such a time I could come up with
something half decent. It became a bit of a habit - and then I got thinking:
could someone who liked writing really afford not to sacrifice 20 minutes of
their time? This idea took a while to transform into the online comp from
the face to face but it’s working really well now. We have competitors from
Canada, India, Germany, Finland, the south of France but very very few men,
in fact not one man has won since early January and I cannot for the life of
me work that one out! The writers are really beginning to champion what they
hopefully think is a good idea. In fact it’s such a good idea I’d love to do
it myself, but I'm not allowed!

Rob Richardson is a musician who started writing in between the colossal gap between the soundcheck and the gig. He has had about ten short stories published, - and his latest writing success was the 2006 Betty Burton short story award. Over the last five years he has been placed and short-listed in several international competitions including Wells Writing.
Posted by Administrator at 06:00

Email ThisBlogThis!Share to TwitterShare to FacebookShare to Pinterest
Labels: WriteInvite

Rob, thank you for a most interesting blogpost. I'm so glad you've told us about WriteInvite - have heard about it increasingly recently and wondered what, exactly, it was. Now I'm going to go over to the site and check it out.

I have tried many times to write a short story and fail to even start one. I only seem capable of writing something that will take a year to complete - probably because the first draft allows me a bit of waffle! So hats off to all the people entering this.

Just looked - very inspiring, and may have a go, although I know from experience I write better when I have a length of time to really mull things over. Win or not, I can see how useful it could be for new ideas, and for grabbing oneself by the scruff of the neck and just getting on with it.

This sounds fantastic, and I'd not have known about it if you hadn't posted here. I'm off to take a look at your site. thanks for spreading the word.

I started writing with a group of poets in bars in London, and we did just what you describe Rob, but with out any competitive element. I miss group timed writings - as you say more interesting stuff can come out under time pressure.

I know Strictly Writing's own Geri has taken part in this a few times and is a big fan, so it's great to get the full lowdown. Will definitely think about giving this a go now.

Thanks for the interesting post, Rob! I'll definitely check this out.

I took part initially because I was "stuck for words". I was petrified I must say, when faced with a blank screen and a warning flashing up to tell me how little time I had left! But I was glad I had a go. Two of the ideas I had actually won, and one of them I converted to a short story I renamed "Own Two Feet" - (initially "A Footling Disagreement") which is going to be published in Woman's Weekly.

I think it's a great exercise for when you actually don't remotely feel like doing any writing - maybe because you've just suffered a writing disappointment or if you're going through a fallow writing time. It really gets the writing juices going again.

Earlier this year I had all but given up on writing short stories and instead was only ghosting and writing non-fiction but the Saturday night Write Invite comp re-lit my fiction writing muscle. All but 1 of my twenty minute efforts have gone on to be written up fully and submitted to magazines or as competition entries or put into my pending folder for future use. Plus the Write Invite competition is a great adrenalin rush.Julia Anderson