I Wanna Tell You A Story…..

Being born and having spent the first half of my life in Ireland, the term 'Seanchai' (shan-a-key) was something I grew up hearing in both history and Irish language lessons during my school years. In the days of old, the ‘Seanchai’ (teller of old lore) would have been either a wise and trusted village elder, or sometimes a travelling itinerant using their oral skills as a means of bagging a meal and a bed for the night. Invited into people’s homes, they shared their versions of folklore and adventure, always in the form of oral shorter narratives. Stories were told, retold, embellished, passed through generations during an era where the resident story teller was a person who commanded respect.

And what are we writers, if not storytellers? As human beings we all have stories to tell, but though the need to tell a story may be instinctive, the art of committing it to paper is not easy. The novelists among us choose to write 100,000 words. Others use less words, telling shorter stories but those of us who seek recognition in either genre have to adhere to many rules. There are always rules.

I’m quite sure the ‘Seanchai’ sitting by the parlour fire was less confined by rules. I’m sure their use of adverbs was frequent. They would have loved ‘telling’ as much as ‘showing’. A switch of point of view would have been a must. Plotting and planning would have been exempt from their lexicon. All very well with each tale being told, retold and lasting mere minutes, not alas for the modern equivalent of oral storytelling – the audio book, i.e. the audio novel.

Despite hard recessionary times, the audio book is an area of publishing witnessing steady growth. According to a 2008 APA (Audio Publishers Association) survey, 28% of adults and 53% of teens surveyed listened to audio books in the previous year. As a writer who dreams of commercial success, this market share is something I, and others like me, certainly need to be aware of. 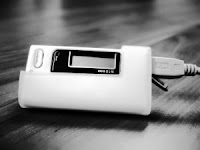 However, all books do not translate well to the audio medium. I’m not aware of the rules but there must be some! My current WIP, my second novel, almost finished at 96000 words is dialogue intense and though every piece of dialogue I’ve written is read aloud by me many times to ensure its authenticity, I’m not sure the novel lends itself to a single narrator being able to tell the full ‘story.’ So, is that a major ‘faux pas’? Have I made an already difficult job harder, effectively cutting off a potential market or could a professional abridger edit the work creating an audio version, whilst staying true to the spirit and content of the story? Hmmm. I'm not sure I’d recognise it. The fact is that I've written a book that I feel needs to be read.


Maybe this was subliminal on my part. The writer in me also loves 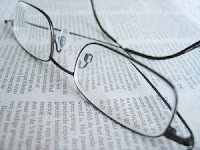 to
read and I prefer longer narratives than would have been favoured by the ‘Seanchai.’ Had I lived in that time, before most of their audiences could read and write, I would definitely have occupied a worn out corner near the fire. Today, I’m lucky enough not to be affected by physical or educational limits and so, I choose to read the story the writer sought to tell. I want to hold a book, to feel it, smell it’s scent, put a bend in the spine.

It does bear thinking about for the future though. Perhaps book three as well as being a quality work of unique fiction depicting endearing character's lives, their struggles and conflicts whilst never using adverbs, with authentic dialogue that illuminates the characters and always moves the story along with wit and pace and panache (Breathe...!) Perhaps it also needs to be written to be heard? Just as I thought I was getting the hang of this writing thing. Pah.
Posted by Fionnuala at 06:00

Interesting post, Fionnuala - i hadn't really thought about audio books and my story being read. The only time i've imagined my book out loud is fantasizing about me doing a reading at my book launch - i know, i'm very sad!

Mine is written from the first person POV, which might lend itself to the audio medium very well. Although creating an Ancient Egyptian accent might be hard work for the narrator!

Storytelling is still alive and well in more rural parts of Ireland, both north and south. Interesting points, Fionnuala!

'I want to hold a book, to feel it, smell it’s scent, put a bend in the spine'

I absolutely feel the same way. Much as I'm attracted by the lure of cute gadgets [you'd have to wrestle my iPod away with violence!] there is something about the physicality of a real book that will always win with me. Interesting post, Fionnuala.

I listen to audio books sometimes. Good adaptations deal very well with dialogue - don't worry! I'm sure your book will be as brilliant to listen to as it is to read. :)

I loved audio books as a child - I had one of those massive early Walkmans with the foam headphones and every night I'd fall asleep listening to...Last of the Mohicans, A Tale of Two Cities, and my favourite was I, Claudius. It meant I could keep enjoying books even after lights out.

I think audio books are wonderful, particularly for a book which you'd like to absorb, but probably wouldn't sit down to. My children used to be able to listen to a book several levels harder than they'd have tackled in print. Wonderful for long car journeys, bus rides, and so on. Though I don't think audio rights are a huge part of the earnings of any book, so it would probably be a mistake to sacrifice lots of other qualities in the cause of audio-friendliness.

But it's worth thinking about for another reason. One of the things you don't realise until you're published is that the chief way you'll experience your own work, once it's out there, is read-aloud, by you. Which is yet another reason for reading your work aloud when you're writing it...

Interesting point Emma. Although I always read my work aloud, I still find this a different experience to an unknown narrator's voice? Maybe it's because as the writer, I'm making it sound like I know it should. Does that make any sense?!
Lets face it, if I ever make it to the Land Of Published Authors, I'll cope with a narrator, whoever they may be! The thought of those readings though - shiver....

I find listening to books as opposed to reading them very difficult. My mind wonders and I find I've missed loads. Fifteen minutes is about as much as I can take, which must be average as it's the amount of time that the BBC allocates to Book at Bedtime etc.

That's one of the problems I have too Geri....finding the concentration level needed to listen to a whole book. I guess like Emma says if you're in a car or somewhere where you have to concentrate anyway. Otherwise, personally, I tend to let my mind wander off, look out the wondow at the pretty flowers etc etc. See, this is why I've never been able to meditate either!

Me neither! I always end up wondering what we're having for dinner, Om!

I really liked this post and its ideas. I used to listen to lots of audio books when driving...but it's quite 'other' to reading a book, and so dependent on the 'voice' of the reader. When you hold a book and read in your mind, the voice of the 'writer', as opposed to the reader is vital - it's so much more concentrated and intimate.

I loved that opening para, Fi - a great theme with which to start a novel!

"The test of a first-rate intelligence is the ability to hold two opposed ideas in the mind at the same and still retain the ability to function...One should, for example, see that things are hopeless yet be determined to make them otherwise." ---F. Scott Fitzgerald

LOL your final paragraph. A fscinating post, thanks F.
Kids' audio books have saved our sanity on the regular long treks North to visit relatives.
I love being told a story. We used to listen to audio books when touring with theatre companies. I remember one cliffhanger in A Town Like Alice which had us all rapt in the minibus, completely forgetting we'd arrived at the venue for half an hour until the tape ran out. Can't imagine loving that book so much on the printed page. Books hook us but the voice of the teller can hypnotise with the right story.

I'm fascinated by your point about dialogue and the audio book. I've always thought dialogue is ideal for reading aloud but know the BBC ask for very little of it in the stories they choose.