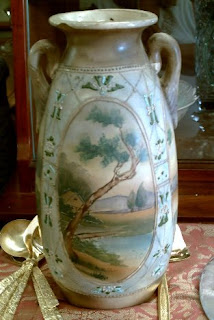 I feel under pressure to perform right now as this is my first official blog. Like a debutante's entry into society, this 'coming out' is just as nerve-wracking. But I'm delighted to be here and I'm grateful to you for stopping by to read and of course for any comments you may have.

Let me first of all tell you a bit about myself. I'm Gillian, and for the last ten and a half years I've been working as a newspaper journalist. The most exciting person I've interviewed so far is Uri Geller. Whilst chatting to him, my yoghurt spoon bent. I've also stood beside the Queen (royal, not Freddie) and Hillary Clinton (at separate events) and I've had my picture taken with Adele from Big Brother 3. I've been on the box a few times too and I've produced a short documentary on a pet cemetery which made the Daily Mirror telly critic cry. The most daring thing I've done in my writing career so far is dispose of a used cocktail stick inside an antique vase in the drawing room of the Secretary of State's residence Hillsborough Castle (there was no bin, and I'd no pockets).
At this point, you're probably wondering why I have used an astronomical word in the title (bloggersphere) - well this is due to the fact I received a telescope for Christmas from Santa and have been communing with the moon nightly 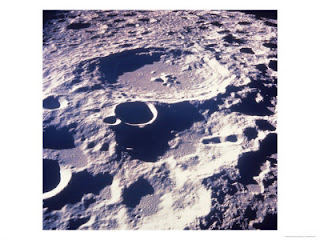 For the last three or four years I've been working on my entry into the world of novel writing (note again the astronomical pun). I've just finished novel two, entitled The Standing Man and I'm currently in the process of editing, revising and tweaking.
My first novel A River To Cross, set in North Korea, was completed in the middle of last year and I've since managed to notch up a few rejections, coupled with heartening comments from agents telling me to persevere and not give up on this one. It's still very much alive and well in a little yellow folder on my hard drive. I should tell you that my initial attempt grew wings and went to Novel Heaven in the sky but may be reincarnated some day. I've just embarked on my third novel called Cake, set in a fictional Irish village in which a Women's Institute member goes on a murdering spree after losing a Victoria Sponge competition.
All this of course has been a learning curve. When I started out, I thought my work was the best thing since sliced bread. And when I posted my first submission, I sat beside the phone eagerly awaiting the call from Ed Victor (big scary agent). How wrong I was! Much of the earlier ramblings were utter dross and deserved nothing more than to be consigned to the bottom drawer. Fit for nothing but the bin. But if we are honest, that's how we all start out. There's so much more to a book than a story, as I've found over the years. The novelist Kingsley Amis once said 'The art of writing is the art of applying the seat of one's trousers to the seat of one's chair.'
Most of all a novel is fun to write. Don't do it for the money - what money, some say? A novel is like a cupboard – you open it up, there are different compartments like characterisation, plot, description, and of course, the writer's main faux pax – telling rather than showing. And I suppose a book for the customer is like a bag of Revels – you open it up and you don't know what you're going to get - hopefully a nice surprise.
Then there's the opening sentence - just how important that is, I cannot stress. That's the crucial bit that allows you to form an immediate opinion about the book. And if the opener is not engaging, there's the danger of the reader losing interest.
The fact I have a background in journalism means nothing. I thought it did - and I was wrong. Yes, of course it sounds good in the letter which accompanies the submission, but it does not make me a better author than the person next to me. If anything it can be detrimental - there's the rush to finish a news article and the urge to pack in as much information, in as little words as possible. And that's not how to write a novel.

But remember - a good writer never gives up.
Well that's all for now folks: if I continue on, I'll be heading off on a tangent into the stratosphere....Wishing you all a happy new writing year and may all your dreams come true in 2009.

I, too, have always thought that being a journalist must help - but i suppose that's because many are well-known and it's them you hear of in the press, getting a book deal. Whereas in reality , they might not make up a huge proportion of authors as a whole.

"the urge to pack in as much information, in as little words as possible."

Hmm, i fear this is what i do on the edit and cut, cut , cut too much. Maybe i should try being a journo instead:)

Welcome to the blogosphere Gillian. You are officially launched. ;)

I was thinking, mind racing as I read toward the bottom of your note, about sometimes you open up your novel -- and I thought -- of my make-up drawer, spilling over, mixed colors, disorganized, too many words, too few words, not the right words, on and on I could go.

I, too, wrote a column for a newspaper and managed to get a nonfiction article published once after about a kazillion tries (exag), but you're right.

Writing should be for the fun of it, because you can't stop yourself, and then let the money roll in when and where it may! ;-)

We have lift off! Gillian is go! Etc.. (Enough with the rocket analogies. Ed)
Enjoyed your post v much, G.

Interesting post Gillian, especially the view about journalism not helping novelism :-) A TV news reporter who has published a non-fiction book told me that he thought I was lucky to have studied engineering (back in the 20th century) because it has given me a sort of innate logic which he thinks is a great tool for novelists. That said, I'm still holding off giving him my first chapter to read lest I decimate his theory. I DO think though that a love of words, is a love of words, and that journalism does, for me at least, provide an outlet for some of my passion.
Great blog guys (Brady from WF)

I could get very attached to this blog, I could. Great post, Gillian. Love the bit about the used cocktail stick - you rebel! I must pick your brains about the Wii - I'm thinking Wii Fit must be the answer to the condition little known as Widening Author Syndrome...I mean, if I only had to take two steps away from the laptop to do a little exercise, I could see that working...

Looking forward to more of your posts.

Thanks for all the comments folks! It's so kind of you to take the time to read. I hope some of what I said made sense.

I loved your post. I've worked as a journalist too, but only on local and regional news so I'm afarid my 'fame' as feature writer on the Lichfield Mercury cut no ice with the publisher.

On saying that, I think being a journalist will help you. You are a professional writer and at least you recognise the need for (constructive) criticism and have the self discipline of writing every day, to a deadline and for a market.

I get cross when I hear would-be authors say: "Oh it's easier for journos. It's not fair thatthey get published so often."

Um... er...maybe that's because journalists, on the whole *like* writing and have written since they could hold a pen. they know there's not much money in the job these days and don;t think they are going to make a quick buck from novels.

But I agree about deadlines and copy space making you feel that you're in a hurry to finish. I had terrible trouble writing long - after being used to paring stuff down to essentials, pacing a 60-120k novel was very difficult. Also, waiting is hard - as a journalist, you're used to seeing your work in print within days or hours.

Phillippa,
Your post really interested me because I am a journalist and definitely an 'adder' rather than a 'cutter'. I also find it hard to keep word counts up, but it has never occurred to me that this could be to do with my day job. Doh! Thanks for helping me recognise that!
Caroline

I found my way here via Phillipa's blog, and love it.

So, I'm now going to go off and apply the seat of my tracksuit to the chair in front of my laptop (not connected to the internet) and get writing.

I think losing a cake competition is definitely a call to arms!

Just popping in to say hello. I think writing novels is fun, too.

Thanks again for all the comments! Keep reading, and hopefully we will be both informative and entertaining!