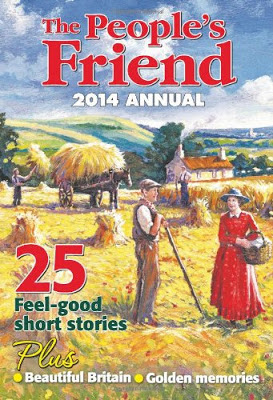 If you enjoy visiting Strictly Writing (other coffee break venues are available, but that's not important right now), you have Samantha Tonge to thank. She's like our very own James T Kirk, who first captained this Enterprise*

Sam and I traded emails recently and it seemed like a perfect opportunity to find out what she's been writing and where that writing has taken her.

Howdy, Sam. I have visited your new website -  http://www.samanthatonge.co.uk/ - and found out everything there is to know about you, so I plan to ask all sorts of pertinent questions.

Hi Derek, nice to be back on SW. And if the questions are too probing, I’ll just teleport myself off the ship!

Q1. What's the best thing about having an agent and what's the most challenging aspect of the relationship?

There are lots of best bits – having someone independent of your family believe in your work! Plus being able to hand over the submission process to a professional person who won’t nudge and alienate the publisher every five minutes – writing brings out the worst aspects of my personality, top-of-the-list impatience. Plus having a sounding board for the next project is very reassuring. No one wants to spend six months on a project that should never have been started in the first place.

As for the challenging aspects… Well, for me that comes back to my impatience. Whilst it’s great having someone else submit work for you, at the same time that means the process is out of your control – so you can’t nudge, off your own back. This is good and you know when the agent is right about just sitting tight for a while, but can still be highly frustrating!

Q2. What made you first submit stories for The People's Friend and other magazines?

I’d written novels for several years, without success, and everyone kept telling me I should write shorts - but I could never think of a beginning, middle and end. And then a chick lit writer ran a competition and for the first time I managed to come up with a complete story. It was dreadful, looking back, but I believe the brain is like any other muscle – the more you use certain areas of it, the better they get. Writing that one story helped me crack on with another. People ask me, now, how I come up with so many ideas, but the more short stories you write, the easier it becomes to find ideas and see inspiration in everyday life. The women’s magazine market always suited my writing style, so I joined a very helpful online writing group which pointed me in the right direction. Finally I started to sell and make money from my writing, which has always been an important goal of mine.

Q3. Congratulations on having your work selected for The People's Friend 2014 annual.  Have you ever considered producing your own anthology?

Thank you! Yes, I’m very excited to have two stories in the annual which is published today. And no, I’ve never considered self-publishing by myself – I am something of a technophobe. Recently, I bought a Kindle and what joy just to have a diagram for instructions! I wouldn’t know where to start with cover design, etc, and I’m in awe of authors who do put together their own collections.

I am thrilled about a collection of my feel-good stories that is being put together by up-and-coming publisher Alfie Dog Fiction. This anthology should be available in the autumn.

Q4. Did you set out to write Romantic Comedy novels and is there any other genre you feel drawn to writing?

No, my first novel was more serious. It was in my second that I introduced a comedic tone and through the process of writing this, and the next novel, really found my writing voice. In real life I am something of a jokey, one-liner kind of person and it took a while for my work to reflect that.

As for writing other genres, the great thing about writing stories for the Womag market is that you can indulge yourself. I’ve just sold a cowboy story and in the past, horror. Once or twice, though, I’ve had to rewrite stories for the People’s Friend because my chick lit tones have crept in. I still write humorous stories for them, but the comedy is gentler.
Q5. What's next on Sam's writing To-Do list?

Well, us womag writers always have to think three months ahead, so now I’m moving on to autumn stories. Also, a paranormal idea for a novel is flirting with my muse…

Q6. What's so special about the Poseidon Adventure - I'm assuming we're talking about the original version? (Check out Sam's website and you'll know what I mean.)

Ooh yes, the original, although the Kurt Russell remake is great, too. I love the drama and the romance; the visual contrast between the glitzy dinner dance at the beginning and the burnt, shredded clothes of the survivors… Like any reader, as a viewer I want to be moved in some way – made to laugh, shed a tear, get a lump in my throat… It’s all there in this film. Um, well, perhaps apart from the laughs…!

Q7. A hypothetical question. You can choose three literary people to be stuck in a lift with for an hour. Who would you choose and why?

Jane Austen – I’d like to be the one to tell her just how much her literature still means to women, decades on. Barbara Cartland. I think, fundamentally, she understood the importance of romance in people’s lives. I’d like to find out how she managed to “write” books by dictating them to her secretary. I could never imagine doing that. And as a huge fan of the Romance with Bite genre, Stephanie Meyer, of course!

Q8. Yes, given that, in your own words, you're a vampire geek girl, what spoils a vampire tale for you?

I’m a fan of the modern genre, where the vampires have redeeming qualities and don’t just see humans as prey. So the old school tales, where the vampire is more likely to be portrayed as an amoral predator, wouldn’t really do it for me. I need romance and poignant scenes where the vampire understands what he has become and misses his mortality. Ahem, yes, time to ‘fess up, I’m a diehard Twihard!** (fan of the Twilight Series).

* Yes, I do know that it was Captain Pike first, and one could argue that, chronologically, it would really be Captain Archer. But nobody likes a sci-fi show-off...

** Here at Strictly Writing we like to be informative. That's a new word for the spellchecker!
Posted by DT at 07:30

How long on average is it normal for it to take to hear from publishers once your agent starts pitching? I'm battling that patience thing myself and trying not to nag my agent for news...

Hi Kath - urgh, tortuous, isn't it? Unfortunately, i think that's a bit like asking how long is a piece of string! Yet it's the question we all want an answer to. It's almost 4 months and we're still waiting for some replies. Some could take up to 6 months or longer. In my experience, 3 months plus the verdicts start to come, unless it is a straight rejection (or acceptance) at the beginning.

Hope you don't have to wait too long and good luck!