A Sense of Place in Fiction:
Why I Choose Dartmoor as the setting for my Novel 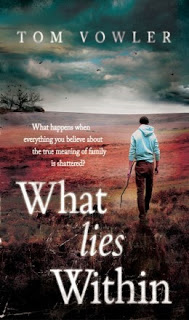 When it comes to setting a novel somewhere, I'm unapologetic about the landscape I bestow my narratives with. While many regard the evocation of the natural world in contemporary fiction as old-fashioned, even irrelevant, for me it’s not really possible (or desirable) to resist this aspect from rising up to influence the work. Indeed, it can be a book’s starting point.
In this instance, though, I had my concept, the novel’s fulcrum all else would turn on; several characters were emerging. But still I was undecided about the book’s location. The uplands of Dartmoor have long been in my blood, its epic beauty the perfect place for literary contemplation, the link between walking and creativity mined whenever I can. But setting in fiction should never just be an act of convenience (I live on the edge of the moor) or aesthetic adornment. Nor should it merely seek the creation of mood, texture and tone (though I certainly used it to this effect).
Landscape must serve a purpose in a novel, for example representing someone’s inner state, acting as mirror or metaphor. So the moor's contrasting aspects (austere, bog-ridden terrain one minute, breath-taking, primeval splendour the next) matched well my mercurial protagonist, a woman in her early forties who seeks refuge on its remote slopes. In an attempt to start a new life she marries a ranger and begins a family, the moor’s seasons, its rhythms, playing out as she tries desperately to keep her past from intruding. Inspired (as I was) by the ceramics at Powder Mills, she becomes a potter, using only materials found in the land around her, her art a connection to this newfound sanctuary, which becomes both her home and place of work. Meanwhile her knowledge of the moor’s flora and fauna flourishes, as did my own in the two years spent researching and writing the book, for example the coalescing of climatic zones that allows rare species of butterfly and lichen to prosper in unique habitats. Or the prehistoric monuments that adorn the National Park.
I began to weave the two together, so that Dartmoor became part of my characters, their lives part of it. They were mutually dependent, their histories and futures inexorably bound, the characters products of the moor rather than just its inhabitants. In particular the moor's (perceived) malevolence, its ancient and gnarled oak woodlands with their twisted boughs, became an allegory for one character's turmoil, while the prison (which features heavily) served well as an allegory of tyranny and menace. I also spent time getting to know the people who lived on the moor, those who made their living there amid its culture and customs, much of my composition done by a fire in one of its beguiling pubs (which also features!). In an attempt to capture Dartmoor’s true essence I took hundreds of photographs and made endless notes, the writer’s job being to know their subject and setting at least as well as their characters do.
Landscape, too, can become a character in itself, its complexity and chronology granting it a stake, allowing the reader to invest in it as they might the people or the story itself. (Early feedback of the book has alluded to the character 'Dartmoor’, remarking on its personification, something that was important to me.)
And whereas topography is objective, for me landscape is something much more subjective, and so how a character regards a given place tells us about them without the need for the author to clumsily spell it out. (Someone’s dreary, sombre plains are another’s endlessly beautiful terrain.)
My novel, then, is not just a paean to Dartmoor, though I hope it is that. The moor is part of my characters, they part of it. The landscape is a character itself, alive and capricious. It is the book’s architecture, running through each chapter like a seam of granite, the story’s themes and narrative entwined with the tors, valleys and communities of this wonderful place. 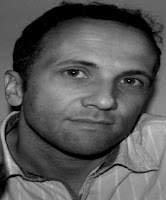 Tom Vowler is an award-winning author and associate lecturer in Creative Writing at Plymouth University, where he is studying for a PhD on landscape and trauma in fiction. His short story collection, The Method, won the Scott Prize in 2010 and the Edge Hill Readers’ Prize in 2011, and his debut novel, What Lies Within, was published in April 2013.

His blog is here
Posted by Caroline Green at 06:00

I thoroughly enjoyed What Lies Within. The landscape was very evocative and added so much depth to the story. Thanks for your post Tom!

A beautifully written post! I think that landscape and environment shape communities and lives. Many people speak of knowing, within a few minutes, whether a house and its location has welcomed them and whether they belong there.

In fiction we have the opportunity to explore that idea in some depth and clearly the elements of Dartmoor have permeated your life and your book.

And it's another prompt for me to finally get to Wistman's Wood!

Thanks, Tom. Wishing you every success with What Lies Within.

Thanks Derek. Indeed, Wistman's is mentioned in the novel.