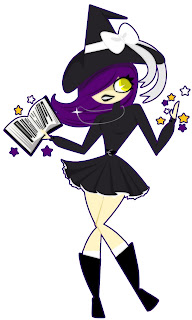 How often do you see a Burger King or a McDonald's under construction? When I read this, I smiled and nodded to myself. I suppose that's the whole philosophy of a global business of this nature - it suddenly appears in a domineering fashion and stamps its mark of authority on a town, walking all over the independent delicatessens and take-aways who are left to flounder in pools of financial distress. I suppose if the construction of these corporate fast food chain outlets were slow-burning projects, taking months to complete, we may not see it as so authoritative and may possibly view it as a weaker entity. Food for thought (excuse the pun!)

I'm sure there are many authors who wish their books would just magically write themselves and appear on a bookshelf just as a Maccy D and Burger King does. As much as I love writing, there comes a point when I read, re-read, re-re-read and possibly re-re-re-re-read the entire book, that it becomes a chore. And I wish that it would just have magically appeared not only complete, but also printed out.

At the moment I'm struggling with the Difficult Next Book, specifically the voice as well as the style. It's just not coming together as quickly as I had hoped, and that may be partly due to the vast amount of research I've had to do as well as the lack of time. When I'm immersed in researching, the writing becomes a stop-start process and it's hard to click back into the flow, especially now that my time mainly consists of twenty minutes here and a half hour there. I've set myself goals of 7,000 words a week, but having reached 14,978 over the course of three months, I'm lagging badly.

If only my Difficult Next Book would magically appear overnight like one of those Burger Kings which are mysteriously built overnight. I would have missed all the enjoyment of the story coming together, but it would have taken the hard graft out of it. I wonder if I click my fingers will Difficult Second Book appear before me, complete with cover. Abacadabra, pif paf poof.....
Posted by Gillian McDade at 06:00

Email ThisBlogThis!Share to TwitterShare to FacebookShare to Pinterest
Labels: being a writer, difficult next book, patience

I understand the 1000 words a day idea, completely, but it can't be like that every day, every week, every month. I lost 42000 in a second when my MacBook crashed last year. I got a new hard disk and started again. It was slow, very slow. Then, magically, I found my stride (and a 1TB external HD) and found that the word count multiplied rapidly. It's a mood thing, a confidence thing and a being in the zone thing. You know that, don't you?

Thanks for the comments. I'm used to deadlines, so I tend to self-impose anyway. One thousand word a day can yield a first draft in around three months. I like the sound of that, but it's not that easy after churning out thousands of words during the day - in the day job!

Gordon - sorry to hear about the book loss. Gah :(

My editor said "Pretend it was a first draft. When you re-write it'll be better." I didn't believe, but she was right.

OK, when the day job involves being creative with words, I can't imagine trying to do the same thing in the evening. If you can make it work, it will be remarkable.