Nicola Morgan's in the Chair 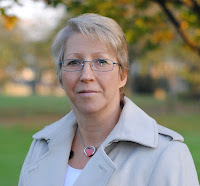 I'm no Jeremy Paxman, but I do love the opportunity to hobnob* with other writers and to see what makes them tick. Lately, as my terrible poetry will attest, I've been a regular visitor to Nicola Morgan's blog HELP! I NEED A PUBLISHER! and now I've gone a stage further. Despite having 102 things to do, Nicola has made some time to join me in the SW virtual chill-out room (think chintz). Asterisks in red refer to my dumb comments at the end.

Hi Nicola, you write on a number of topics / genres - how do you prioritise your different writing?

I’m an opportunist with very little in the way of strategy. I have ideas and act on them, often without thinking ahead. Somehow it all pans out and every deadline ends up being met, however stressful and impossible that seems at the start. Essentially, I do it crazily, energetically and frantically.

I have one muse only: the reader. If I want to write something and I think some people want to read it, those (possibly imaginary!) readers inspire me to do it.

What do you wish you'd known at the beginning that you've since learned about the craft of writing?

Nothing. I’ve enjoyed learning it as I go. The main thing I didn’t know was that it doesn’t get easier, but if I’d known that it wouldn’t have helped, would it? However, there are some things I wish I’d known about how to submit my MS – I still blush at the thought of some of my terrible attempts at getting attention.** Like the one where I wrote the covering letter in verse. In different coloured pens… I also wish I’d understood the publishing business better. Well, at all, really!

You're stuck on a direct flight to Australia. Which books do you take along? (We'll assume the writing pad is a given!)

I’d take the next book on my To Be Read pile, which happens to be The Yips by Nicola Barker; the one I’m reading at the moment, Far To Go by Alison Pick; and whatever Chris Cleave is going to write next.

Was there a defining moment when you saw yourself as a 'professional'?

Interesting question! No. I’ve never thought about that so there can’t have been. But if I look back now and try to work it out, I still can’t find an answer. It’s a difficult word, isn’t it? Does it mean “doing it for a living?” Well, I still don’t earn a living from my writing, though I just about do from the adjuncts to it (public speaking, mostly). Or does it mean “people will pay me to do what I do” – well, I earned something from Reader’s Digest for a paragraph years before I “became published” as an author. I suppose the defining moments were getting my first non-fiction published (the still best-selling I Can Learn series from Egmont) or my first novel (Mondays are Red, Hodder Children’s 2001 and now an ebook). But I’d been earning something as a magazine features writer before both those. So, I don’t know!

We're in an elevator***, going up to the fourteenth floor. What's your pitch for Dear Agent?

You mean I’m talking to an agent/publisher? This: “You know how you often get badly-worded, delusional, wacky, dull or disappointing submissions? You know how writers sometimes send you peculiar and unwanted “wee extras”, such as naked photos or toffees? Well, Dear Agent will put an end to all that.” I don’t need fourteen floors. Unless the lift is faster than Usain Bolt.

What do you do for relaxation?

Cook elaborate meals for friends, garden, read, indulge in a candlelit heavily scented bath, chat to my friends on Twitter or at a dinner party with good people who have left their egos at home.

Three parts of the UK you'd like to visit, and why?

They are all places I’ve been to already many times but I would jump at the chance to visit again: 1. The Black Isle (an almost-island not far from Inverness) because it’s rustic and yet civilized and you can see whales and dolphins while standing on the beach at Rosemarkie and buy the best pottery in Scotland in Cromarty. 2. Watergate Bay**** in Cornwall, because it’s my favourite beach in the UK and we discovered it before anyone else, especially Jamie Oliver. 3. Cambridge, because it doesn’t need an explanation.

Where can we purchase Dear Agent and what's this special deal that's being whispered around the web?

I will be publishing it to Amazon (for Kindle and Kindle apps for computers, phones etc) and Lulu (for non-Kindle reading devices or reading on your computer with Adobe Digital Editions). All the links will be on the dedicated webpage. Amazon links will appear by Friday 10th Aug and Lulu as soon as possible afterwards.

Um, special deal? You mean the cheap-as-chips intro price? You’ll have to hurry – it’s going to end on Monday! But even after that it’s going to be under £3 and I think it’s good value. There’s masses of info in it (and WAGSynopsis). Also, if there’s anything you still want to ask after reading them, just email Dear Crabbit (see here for details) and I’ll answer it on my blog.

Thank you for interviewing me for Strictly Writing and huge good luck to all of you!

Don’t forget: Dear Agent deals with everything to do with the covering letter (or query letter, as it’s called in the US) and Write a Great Synopsis deals with erm, writing a great synopsis. Suddenly, the whole submission is explained clearly, succinctly and reassuringly!

Merric Davidson, formerly a top agent and now the publisher of The New Writer, said, “This is a tightly written, easy to follow, essential volume which cuts through all the nonsense and mystique about what you should/should not do when approaching agencies. In fact, this book explains that, hey, agents are really just people, not godheads!”


* Other chocolate biscuits are available.

** I once sent an agent a bar of chocolate, albeit after I received feedback.
*** Yes. I know it's really a lift, but come on, whoever heard of a 'life pitch'?
**** Other parts of the Cornish coastline are available, such as Portherris or Nanjizal.

Fab interview Derek, thanks Nicola for such great answers. I've always been a Crabbit Old fan, try to follow every word of advice and I still envy the heck out of you having written'Wasted' before me - I recommend EVERBODY read this :)

Thanks, Nicola. I'd love to be able to cook elaborate meals but don't have the skills!

Gillian - I bet you have a load of skills I don't have. Basically, those are my only skills ;(

Derek - thanks so much for suggesting and doing the interview. I enjoyed it a lot!