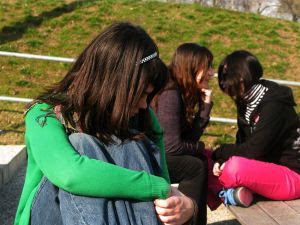 I don't know about everyone else but I've been fascinated by the whole super-injunction v Twitter saga that's been playing out this week.

On the one hand I can see that if it were me I wouldn't want the details of my sex life splattered over the red tops. On the other hand, I really can't see why it was necessary.

Footballer Has Affair...is hardly so shocking that the man in question could consider himself in threat of excommunication or losing his free-weekly-boots contract.

To be honest, I'm really not mithered about what anyone gets up to between the sheets but what really did grip me was the way that the law was circumvented by the virtual world. The creativity and humour on display was, for me a writer, quite awe inspiring.

One corker worth mentioning here was on Mumsnet: a thread entitled 'Isn't It A Huge Coincidence How Much Imogen Thomas Looks Like Ryan Giggs' Wife?'
Hundreds of people posted replies, almost, but not quite, breaking the terms of the injunction.

Then, on Twitter, tweeters actually started to break the injunction and like the nasties escaping Pandora's Box, there really wasn't any putting them back in. It felt like a rear guard action, defending freedom of speech. I was almsot sorry when John Hemming MP ended it all by using parliamentary privilege to name the footballer in question. When the grown ups got involved, somehow all the fun was taken out of it. By the time the BBC had dared entered the arena everyone had lost interest.

Like I say, I found the whole thing fascinating and as I don't actually think that Ryan Giggs' rep will be shattered by the 'revelation' that he's been shagging an attractive brunette...I just enjoyed the ride. But there is of course a serious point to all this - how far should we the public seek protect our right to freedom of speech?

As a writer, I'm instinctively against any attempts to keep me in check. I react badly to gagging orders and bans and the like. The State is just a bunch of people we voted in to run our hospitals and wotnot...its job isn't to tell me what to think or what I am or am not entitled to know.

Then again, if we are entitled to free speech, surely we also have a responsibilty to use it wisely?
I feel I should be allowed to say exactly what I want in my books without fear of supression...but then again, there are some things I wouldn't say, wouldn't feel it was right to say. While I will depict, for instance rape in my books, I won't write it in any way that might be sexually stimulating. There are, I think, lines that one wouldn't want to cross.

I had a dilemma in book four, Blood Rush, in the scenes depicting the manufacture of crystal meth and also the scenes depicting gang violence. I decided it was right to make them graphic, but I was aware that others may find these scenes upsetting. It took me a long time to find a balance I was happy with. Certainly not an overnight decision. I wonder whether any of the tweeters gave much thought to their own expressions of freedom of speech. I hope so.
Or I hope they would if the information at stake was something more important.

Someone's illness perhaps? Or a story about a child?

I guess the question is whether we should each look to our moral compasses or whether the powers that be should do it for us...

As the Chinese say 'May you live in interesting times.'
Posted by Helen Black at 06:00

A very thought-provoking post. I guess Giggs' reputation comes into question, not, ironically, because of his wife and children, but because of the high-profile products he 'sells'. That, I guess, is why he took out the injunction. And that, for me, is where the morality comes in. So on that count, I think it's great that people flouted the injunction. As far as his private life goes, that's another matter.

It's a really tricky one I think.

On the one hand I dislike the idea of certain rich and powerful individuals being able to shut down the press (something not open to we mere mortals) but on the other hand can we really trust the public to keep schtum when it's right to do so?
HB x

Writers who yell "Freedom of the press", my free speech" and "the public have a right to know" (or see as the case may be) are, to me, despicable. They don't care one bit about who gets hurt, least of all children.