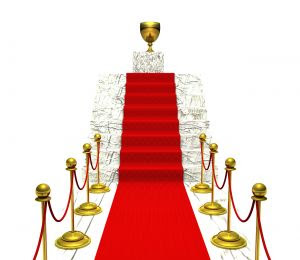 The three men in my life were playing football and I was walking the dog through one of north London’s loveliest parks, enjoying the crump crump of my boots through the brittle snow. I’m usually either plugged into my iPod or refeering some random violence and bloodshed between my children, so it was a nice change just to walk and think...

And I decided to think about the books I’ve enjoyed the most in 2010.
If you can indulge me, I wanted to share this list with you, dear Strictly readers. I’d love to know if any of you agree... or even better, hotly disagree. The list is divided into five adult books and five children’s/YA. Here goes:

Cutting for Stone by Abraham Verghese
I first heard about this on the brilliant Books on the Nightstand podcast. It’s the story of brothers Marion and Shiva, born in a mission hospital in Ethiopa in the 1950s to a nun and a surgeon. The boys are very different characters, despite being born as conjoined twins and their lives play out against the backdrop of Ethiopia’s history, and an immigrant’s experience of America. It’s the kind of book that leaves you feeling bereaved when you finish reading it.

The Help by Kathryn Stockett
Our very own Gillian did a whole post about this recently, so I will leave you in her capable hands. Absolutely unputdownable and a masterclass in voice.

Rapture by Liz Jensen
Post traumatic shock syndrome, disability, the challenges of teenage mental health and global warming are just some of the themes in this stunning and original thriller.

The Slap by Christos Tsiolkas
A sometimes uncomfortable read, this showed a side to Australia that you don’t see on Home and Away. Brilliantly written, it tells the story of the consequences arising from a man slapping another couple’s unruly child at a neighbourhood barbecue and how racism and misogyny lurk under the veneer of family life.

The Glass Demon by Helen Grant
I’m still shivering after reading this, but in an entirely good way. Teenager Lin moves to a quiet part of Germany where many bad things lurk in the woods. People keep dying and each time, broken glass is found nearby. Could it be the infamous glass demon? A spooky, atmospheric chiller.

Swapped by a Kiss by Luisa Plaja
A book that had an entirely opposite effect, bathing you in warmth and humour from page one. Sequel to the highly successful Split by a Kiss, it shows that being in another person’s shoe’s is a lot more complicated than you might think. Full disclosure here: Luisa is a good friend. But this book would be in the list regardless because it makes me smile just to think about it.

Uglies trilogy by Scott Westerfield
Okay, so this is three books, but they were so brilliant, they have to count as one. Set in a future where everyone is made ‘pretty’ at seventeen, these books are among the very best of dystopian YA fiction.

Almost True by Keren David
I thoroughly enjoyed When I was Joe, which told the story of Ty, a boy forced to go into a witness protection programme after witnessing a murder. But I think I liked this sequel even more. I’ve heard there’s going to be a third. Can’t wait...

White Crow by Marcus Sedgwick
Dark as the bitterest chocolate, this is the gothic tale of a twisted friendship between two teenage girls in a blistering summer on the edge of East Anglia, where half the village has been reclaimed by the sea. Woven in is the story of a gruesome 17th experiment designed to test whether the afterlife really exists. This book stays with you long after you’ve finished the final page...

So there we are. I’d love to know what people think about this list. And what are your best reads of 2010?
Posted by Caroline Green at 06:00

This was a really interesting list. Good to see Marcus there, and also the mention of The Help! You've reminded me to read Cutting For Stone. And I've put The Slap on my 2011 list.

Yeah, I'm aware that some of the books are from people who have done questionnaires for Strictly. I should say that I asked them to contribute BECAUSE I loved their books!

I have a late addition too. Just read an amazing adult book called Rupture [not Rapture that's already there!]. It's a first novel from a writer called Simon Lelic and I think he's going to be huge...mark my words!

Thank you! Cutting for Stone keeps cropping up in book conversations so I'm going to read that soon. I'll put the unread other's on my New Year reading list.

Jacqueline, I kept hearing about Cutting for Stone too before I read it...really is worthwhile.

great list! but what about the fourth of Westerfeld's trilogy? Extras is my favourite of the set!

Really, Candy? I was put off by the fact that it moved away from the characters in the other three...he's so clever though, that one.

Well, The Help and Rapture would be on my list too, which inspires me to read The Slap as a must for 2011 as we clearly share good taste! Also loved Sister by Rosamund Lupton - very clever (love it or hate it) use of structure. When I saw that this one was listed as a debut, I squirmed in despair - is that what they expect from debut authors these days? - but then I realised that the author was an established script writer, so structure was a well tamed beast for her. Also, it's written in second person pov and done brilliantly. Worth a read. Happy 2011 to all at strictly.

Thank you Caroline - I have Cutting For Stone by my bedside. Must get on and read.

Caroline - Extras is my favourite of the quartet!

Oops, i repeated myself. Well, that's how much I liked it!