Guest Post: Author Talli Roland - The Importance of Being Social 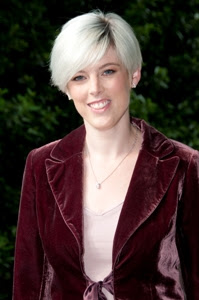 Working in the isolation of my flat each day, people often ask how I handle being alone. My answer? I love it. I make my own schedule, I sing Bon Jovi whenever I please, and if I want to snack on smelly squid crackers, no-one complains. It’s bliss and if I had my way, I’d probably never leave the flat. But looking back over the past year, I can’t deny that socializing does have its benefits. In fact, it was how I met my publisher, with whom I have now published three books.

After spending a fair bit of time whinging about everything writing-related to my long-suffering husband, he encouraged me to find other writers to whinge to. To prevent divorce and my head from exploding, I set out to find a writers group. Through the course of my search, I ended up meeting a publisher looking for new projects. Several pitches later, I signed a contract for the first book in a new travel series, 24 Hours London. Even though my real dream was writing fiction, I was ecstatic to finally be on the publication ladder. 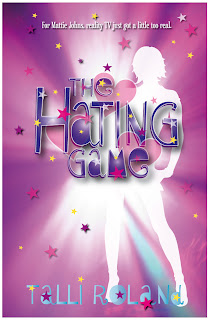 When my novel The Hating Game was ready to pitch, I turned straight to the publisher I was already working with. Luckily, they loved it and I finally got what I’d wished for: a fiction deal. Still, the hard work was just beginning. As I already wrote for the publisher under my real name in a different genre, they thought it might be a good idea for me to use a pen name for fiction.

Although I was thrilled to have the deal, I knew this meant building up my platform again from scratch: reestablishing presences on Twitter and Facebook, and creating a new blog. I’d seen the benefits of social media when promoting my travel books – it had helped me get quotes from other authors (and even London Mayor Boris Johnson!), reviews and run giveaways. This time, I was determined to secure even more of a following and make my author platform the best it could be.

It’s a big investment in time and effort, but the results are more than worth it – I’ve now got more than 500 followers on my blog and double that on Twitter. But what really makes social media special is the relationships you build along the way. I have never met such a supportive group of people. Time and again, they have reassured and encouraged me when I needed it most.

For me, the key to building solid relationships in social media is interaction. Social media is not a one-way street: if people follow you, follow them back. If they comment on your blog, go to their blog and comment, too. Jump into Twitter discussions – you don’t need to know people to talk to them. If you’re on Facebook, comment on people’s statuses and posts. Not only is it a good way to get others to notice you, but you will let that person know you’re interested in their life, as well.

I recently wrote a blog post about author promotion, asking how much self-promotion is too much. Almost every comment replied that if an author interacts with their audience, they’re interested in that author’s promotion. But if it’s a one-way line of communication, it’s a turn-off. Who wants to listen to an author blaring like a fog horn?

Today, my debut novel The Hating Game launches. Using social media and the relationships I’ve developed over time, I’ve managed to get over 400 bloggers, Facebookers and Tweeters signed up to my Take On Amazon Web Splash today: my quest to make it onto the Amazon Bestsellers List – even if just for one hour! That’s something I’d never have been able to do without putting the time and effort into my blog and other media. But more than that, I’d never have met all the wonderful people around the world I know are standing behind me, cheering me on.

And the best thing? I did it all without leaving my flat.


Talli Roland has three loves in her life: rom coms, cupcakes and chocolate. Born and raised in Canada, Talli now lives in London, where she savours the great cultural life (cupcakes and chocolate). Despite training as a journalist, Talli soon found she preferred making up her own stories – complete with happy endings.
The Hating Game is her first novel. The ebook is available now ahead of its paperback release next year. To learn more aboutTalli, go to www.talliroland.com, or follow Talli on Twitter or on her blog.
Posted by Debs Riccio at 06:00

Hi Talli
Enjoyed your post and good luck with your debut novel. Bet there will be lots of celebratory singing in your flat from you and Bon Jovi about that :-)

This was a great post, Talli, thank you and also very useful. Best of luck with the novel. One thing though....squid crackers??? Tell me this was a joke..

Really enjoyed reading this, Talli and best of luck with the book. Many congrats on your success. Um...squid crackers? (*vegetarian shudders*)

Thank you, all, for the comments!

Mary - I have been singing Bon Jovi all day. Lots of celebration.

Caroline - Thank you! And no joke! I love squid crackers.

Thank you so much for hosting me.

I'm still getting used to the idea of social networking, but can see what a powerful tool it is if used properly.

You're so right about about it being a two-way street though. You always make the effort to return comments on your blog, which is why so many of your followers were happy to help; including me!

Thank you for posting, Talli.

I think most writers have a love hate relationship with social media.

On the one hand we know it works to promote our books, and it is always great to interact with real live readers.

But there's always that sinking feeling that it saps a lot of time...time that should be spent writing.

enjoyed your post too
it's so inspiring. Thanks a lot
Such essays keep me in a great mood all day long