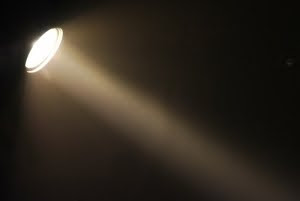 An obsession with interior design? Yes - at least in terms of inner furniture.

I’m thinking about visibility and what it means for that most mole-like, reclusive and solitary creature, The Writer.

As a member of several on-line writers’ groups, I’m continually exposed to writers who are succeeding – being signed by agents, getting published, giving readings, winning competitions, winning prizes. And whilst I’m thrilled for them - and inspired by them – it also serves to emphasise my own relative invisibility.

Somewhere, in the last couple of years, I’ve passed over a threshhold where visibility has assumed more than its rightful importance: where I’ve confused the concept of showing up with that of being seen. To the extent where I’ve placed too much emphasis on the ‘outcomes’ of success – rather than on the process of writing. Showing up has come to mean being chosen, getting validation, winning prizes, being ‘out there’. I’ve craved success like a starving woman craves, er, chocolate. Even though getting published seems to resemble (to mix gastronomic metaphors) a Chinese meal – apparently satisfying, but an hour or so later you’re hungry again.

But still that elusive lure of validation and visibility calls…

Yet there’s a reluctance too. Can one be too afraid of success, of being seen? Certainly, being visible can mark one out as a target. Success can bring on envy, resentment, even hatred. Might ‘showing up’ mean being shown up? Becoming larger, more visible, there will always be some people who want to cut one down to size. (I remember I once worried to a therapist about ‘getting too big for my boots’. ‘In that case,’ she replied, ‘it’s time to get a new pair of boots.’)

What is this shrinking away from the light whilst simultaneously craving it? Is it typically English? What’s the terror of actually getting what one thinks one wants? That one will have to live up to something? That one will be seen - only to be rejected? That one’s work will be more roundly criticised? That (perish the thought) if I succeed, THEN WHAT??? What would I have to aspire to?


Marianne Williamson writes: “Our deepest fear is not that we are inadequate. Our deepest fear is that we are powerful beyond measure. It is our light, not our darkness that most frightens us. We ask ourselves, Who am I to be brilliant, gorgeous, talented, fabulous? Actually, who are you not to be? You are a child of God. Your playing small does not serve the world. There is nothing enlightened about shrinking so that other people won't feel insecure around you. We are all meant to shine, as children do. We were born to make manifest the glory of God that is within us. It's not just in some of us; it's in everyone. And as we let our own light shine, we unconsciously give other people permission to do the same. As we are liberated from our own fear, our presence automatically liberates others.”


So true. But I think something more subtle’s going on. I’ve put so much emphasis on ‘showing up’ in terms of being in the limelight because I’ve neglected to show up creatively. Showing up means turning up for work each day. It means physically committing oneself: applying the seat of the pants to the seat of a chair, the fingers to the keyboard, the heart to the uncertainty of the process. It means believing, trusting, understanding that this is the kind of showing up that matters, and that it will be fruitful. It means realising that the other kind of showing up is exciting, transient and ultimately intangible, because the spotlight is a moving eye, continually craving new nourishment.

No-one sees us when we show up to write. There are no clapping crowds, no trophies, no bouquets. We labour on alone, unrecognised, in the dark. But in this invisibility lies a presence which is more valuable and lasting than the brief and hungry spotlight of success.

And just to contradict everything I’ve written (because polarity and paradox are so important for the writer, and the human) I’d like to leave you with a rather inspiring video by Nic Askew. It’s all about wanting More.

Love this post, thanks. Showing up for work, as you say, is the trick. Getting black on white, day in, day out. Brava!

The net sheds a tiny beam of light on the can't-get-published-for-nuts and how good it is to read them! Some of the best poetry I've read came from a diary site with lots of teen angst that editors wouldn't touch with a barge pole.

I've been writing some time now and I know how it feels to see at the supermarket The No 1 bestseller by, let's say, Smartie Boots. Being breast fed when I gave writing my life's committment like a medieval monk...

Grr as they say. Some people just plain lucky.

These days though the new books at the library are all tv 'tie-ins' and the literary is gone the way of film photography. The people who do it are not wanted any more...so just let's go on writing and some day be buried as failed wannabes.

I always feel fraudulent when I read posts like this, as truth be told, I have not served my apprenticeship in writing and rejection.
However, I do believe whether pubished or not, all any of us writers can do is write. What happens to our books once they're out there - be that in the book shops or being subbed to agents, is not worth worrying about.
Obviously one has to do one's best. Make the work as good as it can be. Make the sub package as saleable as possible or do all the PR stuff you can to sell your book.

After that, though, you just get on and write some more.
HB x

I think it's best to take one thing at a time, one day at a time. Cross that bridge when the others arrive if and when they do. You're only human and one person. You can only do your best and hope for the best.

These words have been balm for the soul today, Susie, as I am having a major wrestle with my Inner Critic demons. You're absolutely right [as ever, you wise one, you] that sometimes we have to forget about the awards or the knock backs and just show up...
Great post.

Thanks, everybody, for reading and commenting.
(Caroline, it's easy to write about this stuff - actually doing it entirely another matter! Especially when those demons are in the ascendent. They often seem to pop up in force just as one is about to break through...)
Susiex

Inspiring as ever, Susie! It seems to me that what you're talking about is internal values as opposed to external measures. The journey rather than (but mindful about) the destination. For me, only two things are certain - firstly that outward success can only be achieved by turning up and doing the work, and secondly that regardless of any opportunities and accolades life may put my way, I will continue to write. Life, do you best or do your worst, it's all something to write about! Thanks for reminding us Susie, what it's really about.

Thank you, Derek: you embody 'showing up' - respect!
Susiex

As you know Susie, I am a great believer that if you keep showing up, keep honing your craft, keep feeding your creativity, that will not only be an achievement in itself, but it will lead to all those other things - validation, acceptance, acknowledgement. Only showing up can get us there and that is all we can control, so in a way it's all we need to worry about - quite comforting if we reduce it to that. Thanks for the post. Kath

Thanks, Kirsty - by paraphrasing, you've brought it into a new dimension for me!
Susiex