What's in a Name - by Susie 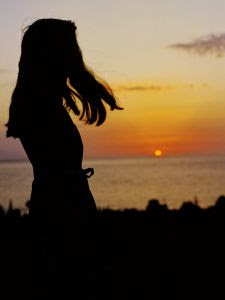 She’s a real person. I came across her in an artist’s catalogue and instantly wanted to include her name in a novel. Gamine, wistful and floaty – inclined to cheesecloth and batting enormous lashes – she’d be a pastie-baking girl from a vast Cornish mining family and the inn-o-cent object of an evil pirate’s passion. A pirate called…

Rex Frothichops. See, I can’t help it. A writing friend anagrammed her husband’s name and came up with this, my all-time favourite. He’s so …nineteenth century. But wait – I can also see him at the beginning of time, a rock-dinosaur with rabies – T.Rex Frothichops.
Sorry. Getting carried away there.

Names are so more-ish, don’t you find? And a good name – or rather the right name – is often hard to find.
There are many name-researching websites on the net, and I’ve just been a-sampling. There are the baby names sites, where you can choose a name according to its popularity in any given year; sites giving the meanings behind names (did you know that Harry means Army Power? The poor lad was predestined for the job), There’s a site where you can generate a name in any language – I asked for a female name in Esperanto and a male name in Bulgarian (‘My Gott –‘ Valentin Boyko’s voice roughened with desire. ‘Glorinda Katida, vot are you doink to me?’ ) And, best of all, there are sites where you can enter details of your character and a name is randomly generated to suit. I put in: ‘oozing, slimy, disgusting, putrid’ and got ‘Vilescum’. Count Vilescum, of Totterdown Towers, who only comes out at night and spends his days floating ominously in dirty bathwater…

How do you choose your characters’ names? Do they arrive, perfectly formed, in your head or on the page, or do you spend weeks searching for them? How did A.A. Milne come up with Winnie-the-Pooh? Would the book have been as successful if the characters had been called Teddy, Tiger, Young Pig and Whingeing Donkey? How did Nabokov (a name to conjure with itself) come up with Humbert Humbert, not to mention Lolita?

Which brings me to titles (of books, I mean, rather than that of Count Vilescum). Sorry to be Eeyorish about this, but the title of your book – and your own name – will be the first, and probably the only, words of your book that will ever be read. As potential readers scan the rows upon rows of book spines in the library or the bookshop, only a small number of titles will leap out at them. Why those particular titles? On-e-ly Gott (as Valentin Boyko might mutter) vould knows. It’s almost impossible to predict what makes a winning title – but the right one can elevate your book from pedestrian to prize-winning.

Take Gary Leon Hill. He caused a storm in 2006 with his book entitled: People Who Don’t Know They’re Dead: How They Attach Themselves To Unsuspecting Bystanders And What To Do About It. Non-fiction certainly seems to lend itself to eye-catching titles, though I Was Tortured By A Pygmy Love Queen (yes, really) did pretty well too. My favourite, though, for its simple, unarguable succinctness, is Jack Pelicano’s Bombproof Your Horse

So, dear writer, choose your names with care. They could be the making or the breaking of your book. I went to a talk by Patrick Gale recently, who said that his agent only picked up his first novel because of the title: The Aerodynamics of Pork. I wonder if I could come up with something similar for my new one? Whaddya think, Valentin?
‘Aach – and peegs might fly…’

I know everyone says that when you're submitting (whoever 'everyone' is) titles don't matter because they'll probably get changed if it's taken up, but I think they must have an initial effect on the reader at some level.

I love choosing names(although I suspect my names are all dead boring, which doesn't say much for my characters . . ). On advice, i changed a couple of characters' names in my novel as there were too many similar ones. One alternative i found quite quickly, and it felt right straight away. The other was really hard and every time i changed the name, the character changed and was never right. So i called her Rosy, and then it was fine.

ach!! i have such trouble naming characters. i usually pluck a name from the ether as i write, and decide later what name they'll really have. i'm gonna have to visit that name generator site.

story titles are even worse. i can't even begin to name stories until i've finished writing them. i troll the lines until i find a juicy word or phrase to work with.
nice entry--you have personality i'll enjoy reading about. i'll be back. :D

Ooh, must share this with my husband - Mr Frothichops himself!

Great post, Susie - and names are so interesting, important and telling.

In my first book, I had a bit of a family joke, because one summer, every Saturday afternoon, my then fourteen year old daughter and I sat down for about a hundred hours to watch the world's most slow moving, tortuous soap opera - Sunset Beach. We were addicted. There was a handsome devil called Gregory.. Grrrr...grrregory. And when I wrote my first novel, what did I call my handsome rogue - well, it just had to be Gregory!

Unlike Laura, i HAVE to have the right name before i can write one word. It can be paralysing! Also, sometimes i get stuck on a name i love and become determined to use it and end up moulding the character to the name instead of the other way around. And then end up dumping it. I love the name Acacia and was determined to use it a year or so ago until a writing friend pointed out it wasn't working.

I always seem to have a Marcus in my books as well!

I know I should put more thought into names, but I usually just end up flicking through whatever paper or bit of junk mail is within reach of the sofa and picking something from that - that's if the names haven't been conveniently provided by history!

I was quite taken aback when Bombproof Your Horse was listed in that funny titles award a few years ago. I'd seen it in horse magazines and thought about buying it, but reckoned the advice would probably just be common sense, so I didn't bother. It just didn't remotely occur to me that there was anything odd about it.

Hilarious post, Susie and what a fab choice of names! I must admit I occasionally look at a baby naming site to find out what I can call a character who might be, say, thirty. But my main characters already have their names and until I hear what it is, like Sam, I can't write a word.

brilliant post sam. lots of sniggers in there. and for once, i didn't guesss who had written it - probably because you were incognito as Susie! x

you're just trying to confuse me. x

I'm like Sam and absolutely HAVE to know the name of my character. I even get into a ridiculous flap about surnames.

I also do the thing of checking which names were popular in which year, Geri. I suspect a tine part of it might be procrastination though...

I go through reams of names, writing short stories. And then there's the necessity of not having people in your stories whose names begin with the same letter.

I'm reading a novel at the moment where there are two minor characters, one called Marie and the other Maria. Now how did the writer or the editor let that one slip by?

I quite often change my characters' names mid-book as they no longer 'feel' right. The odd thing is that I never seem to connect the names I give to my characters, with real people I know who have those names! It can be a tad embarrassing when the books are published, and (for instance) someone close to me called Mary, wonders why I called a horrible old bat in the book by her name!

Sorry folks, thought you realized - Susie couldn't post so i uploaded it for her as a favour.

You have to wait until Monday for mine:)

Yes, naming characters is troublesome. Then when you think you have it right, you have no control over the reader who may just know someone with the same name and hate them. Transposing that feeling onto your main protagonist! Guess that’s where good strong writing comes into play so that you eradicate their prejudices! That’s me sunk then....

Thanks everyone for your comments -great to hear how you all go about the business of naming. Sorry for the confusion - I was away without internet access and so Sam very kindly posted it for me on the right day!
Susiexx

It's unfortunate that most people still do not know that this comparatively new language has also become a living language.

I tend to name my characters according to what they're doing in the book. My most recent 'Muriel Moffett' is a quirky old dear from the WI who thinks she's the bee's pyjamas!