In Praise of Boredom - guest post by Melissa Harrison 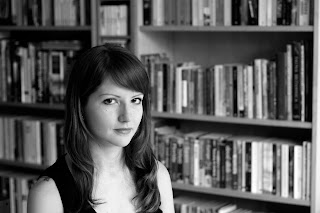 I was perpetually and vocally bored as a child. ‘There’s never anything to do around here,’ I’d whinge almost daily during the school holidays. Mum would tell me brusquely to go out and play, and, sulkily, off I’d go: to the attic if it was raining, but more usually to the garden, the street or into the woods (the world wasn’t heaving with imaginary paedophiles back then).

Before long my imagination would inevitably kick in, and before long I’d be piloting our apple tree through the deepest reaches of space, hiding in a spies’ lair behind the old air raid shelter, building a house for a toad or in secret training for the rollercycle Olympics. In other words, I’d be making stuff up. I’d be telling myself stories.

Lucky is the child these days who has the luxury of being bored. For many kids, life outside school is a whirl of play-dates, extra-curricular activities and carefully supervised play. Risk is minimised, and even indoors many are surrounded by devices designed to keep boredom at bay: TV, games consoles, the internet. Yet it is boredom that stimulates the imagination; boredom, I believe, that leads to true creativity. I wonder sometimes where tomorrow’s novelists will come from, with little need for many children to make up stories for themselves.

I do my best writing when I’m really bored. To that end, I try to take myself away from all the interesting (and not-so-interesting) other things I could be doing. When I can, I borrow friends’ houses: I’ve house-sat; I’ve dog-sat; I’ve even chicken-sat. Once – luxury of luxuries – I rented a tiny cottage, off-season, for two whole weeks. I use a free computer programme called LeechBlock to ban myself from all the parts of the internet that sap my time: Twitter, shopping websites, even the news. I switch the radio off after breakfast, and don’t watch TV until evening, if at all. It’s not my house, so there are few chores to procrastinate with. Day after day stretches out, empty. There’s nothing whatsoever to do except feed myself at regular intervals. It’s deadly, deadly dull. I climb the walls. I talk to myself. Eventually, I begin to write.

It’s harder at home, with so many things clamouring for attention, but it can still be done. A quiet room; a shut door. No music, no television, no internet. The to-do list on temporary hold. Like a skittish horse my mind will shy away. It wants to fill the void with something, anything: that’s the way we live these days, with not a moment unfilled, surrounded at every moment with distractions. I pace. I refuse all the blandishments. I refuse and refuse. Eventually, the writing comes.

When I was six and seven and eight I raged against what I thought was my mother’s indifference. ‘Go and play,’ she’d say, feeding another sheet of paper into her typewriter, the typescript of her own novel growing beside her. And so I would, the sound of the clacking keys drifting out from the house to the garden where my childish mind would be reluctantly, then eagerly, making up yet another story. How grateful I am to her now for giving me nothing at all to do.


Melissa Harrison lives in South London with her husband, Anthony, and rescue dog, Scout. Her first novel, Clay, will be published by Bloomsbury in 2012.
Posted by Caroline Green at 06:00

I'm an only child, and I often wonder if this is part of the reason I am a writer...all those hours making stuff up to keep myself occupied.
HB x

I've often thought that my feelings when writing are remarkably similar to those when I used to play, quietly, for hours with my toys [dolls, mainly]. I fear I may be one of those parents who provides too many activities though...

Great post Melissa, and thanks for coming over. Can't wait to read Clay.

My mum was the same - always telling us to 'find something to do' when we moaned about being bored. We didn't have a television either so we read a lot, which played a huge part in my wanting to be a writer. I've been guilty of not entertaining my own children 24/7 simply because I know it did us good to find ways to fill our time.

However these days I have to sneak off to a cafe to write most days as, like you say, it's all to easy to get distracted with things at home!

I always insist that I'm never bored, simply because, as you say, there's so much other stuff going on in my head. I do get bored by people, though, and I can't wait until I'm 85 and can just hold up a hand and walk away with a frank "sorry you're boring me now". Actually, scrub the "sorry". Great post, am off to check out 'Clay' right now.

What a beautifully written post. I'll definitely be buying your book. And how true. I worry for my chilkdren's generation who are, it seems, perpetually occupied. They're eight and I think I've heard them say What Can I do? about three times in their lives, because when they're bored they mooch off to a computer game. We used to feel bored three times every day. And it is good for you.

Off to bore my kids senseless now.

Thanks for guesting Melissa. Hope you come back.

Boredom is a a gift. Maybe it was boredom that inspired the first artist to travel deep beneath the earth and paint on the walls of caves.