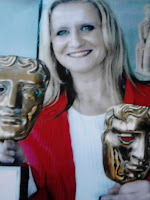 Mary Dinan started out in radio as a 13-year-old and by the age of 17 she became a television presenter with RTE, winning a Jacobs award. More recently she has started writing features for her local newspaper while keeping the day job in a special needs school in Ireland.
Although Mary looks normal and sensible, she's not always - she likes to do unusual things. Recently she served up a fake rubber egg to a dinner guest and put a remote controlled fart machine under a tax adviser's chair. That’s only the tip of the iceberg.
In 2013, she signed a book contract with an international publisher. Her travel book will be released later this year.
Watch this space.